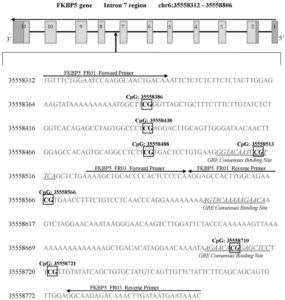 “Mindfulness has been shown to be an effective stress reduction practices in general, but there may be other ways it works for people with PTSD as well. Recent research suggests that mindfulness may help to mitigate the relationship between maladaptive thinking and posttraumatic distress.” – Matthew Tull

Experiencing trauma is quite common. It has been estimated that 60% of men and 50% of women will experience a significant traumatic event during their lifetime. But only a fraction will develop Post-Traumatic Stress Disorder (PTSD). But this still results in a frightening number of people with 7%-8% of the population developing PTSD at some point in their life.

Obviously, these are troubling symptoms that need to be addressed. There are a number of therapies that have been developed to treat PTSD. One of which, mindfulness training has been found to be particularly effective. Mindfulness Based Stress Reduction (MBSR) has been found to improve PTSD symptoms. It has been shown that mindfulness practices can alter the brain structures and connectivity and this may underlie the beneficial effects of mindfulness on PTSD. These alterations probably involve changes in the chemistry of the brain particularly with systems associated with stress and depression.

In today’s Research News article “Methylation of FKBP5 and SLC6A4 in Relation to Treatment Response to Mindfulness Based Stress Reduction for Posttraumatic Stress Disorder.” (See summary below or view the full text of the study at: https://www.ncbi.nlm.nih.gov/pmc/articles/PMC6153325/ ), Bishop and colleagues examine the activation of genes associated with stress and depression in patients with PTSD who responded and did not respond to treatment with Mindfulness Based Stress Reduction (MBSR), They examined patients from a previous study of the effectiveness of MBSR for the treatment of PTSD who showed a significant reduction in PTSD symptoms and those that did not. The MBSR treatment consisted of body scan, meditation, and yoga practices and group discussion and occurred in 9 weekly, 2.5 hour sessions. with homework. Blood samples were drawn before and after treatment. They measured the degree of methylation of genes in the he promoter region of SLC6A4 previously associated with depression risk and symptoms and genes in the FKBP5 Intron 7 region identified as a functional regulator of glucocorticoid signaling.

They found that after Mindfulness Based Stress Reduction (MBSR) treatment there was a significant reduction in methylation of genes in the FKBP5 Intron 7 region in responders but an increase in non-responders. These genes are associated with stress related responding. Methylation tends to suppress gene expression, So, decreased methylation indicates an increased level of activity in stress related hormonal pathways.

These findings are interesting but not surprising as MBSR was developed specifically to improve stress responses. It is interesting that only patients who responded to treatment had this change to the genes underlying stress responding. So, it appears that MBSR is effective for PTSD symptoms but only if it changes stress related gene expression. It will be interesting to examine in the future the factors that result in non-responders being resistant to treatment with MBSR.

So, improve the symptoms of post-traumatic stress disorder (PTSD) by altering gene expression with mindfulness.

“Many people cope with trauma by distancing themselves from the sensations in their bodies and minds (the most extreme example of this is dissociation). Therefore, bringing one’s attention deliberately back to the body can unzip trauma symptoms they may not be prepared to address. However, mindfulness meditation can be helpful to those with PTSD and a history of trauma when practiced under the guidance of a mental healthcare provider and modified to be better suited for trauma survivors.” – Julia Ozog

Mindfulness Based Stress Reduction (MBSR) is an effective non-pharmacologic treatment for veterans with PTSD. Extensive work has identified epigenetic factors related to PTSD disease risk and pathophysiology, but how these factors influence treatment response is unclear. Serotonin signaling and hypothalamic-pituitary-adrenal (HPA) axis functioning may be perturbed in PTSD and are molecular pathways targeted by PTSD treatments. To identify potential biomarkers for treatment response, we utilized genomic DNA isolated from peripheral blood samples from veterans with PTSD who were responders (n = 11) or non-responders (n = 11) to MBSR as part of a clinical trial. We assessed methylation levels at CpG sites in regions of the serotonin transporter (SLC6A4) previously associated with expression and depression outcomes, as well as the Intron 7 region of the FK506 binding protein 5 (FKBP5) containing known glucocorticoid response elements suggested to regulate this gene. Selected subjects were matched across MBSR responder status by baseline symptoms, age, sex, current smoking status, and current antidepressant use. Percent methylation was compared between responders and non-responders at baseline (pre-MBSR treatment). Additionally, percent change in methylation from baseline to post-treatment was compared between responders and non-responders. There was a significant time x responder group interaction for methylation in FKBP5 intron 7 bin 2 [F(1, 19) = 7.492, p = 0.013] whereby responders had a decrease in methylation and non-responders had an increase in methylation from before to after treatment in this region. Analyses of the three CpG sites within bin 2 revealed a significant time x responder group interaction for CpG_35558513 [F(1, 19) = 5.551, p = 0.029] which resides in a known glucocorticoid response element (GRE). Decreases in FKBP5 methylation after treatment in responders as compared to increases in non-responders suggest that effective meditation intervention may be associated with stress-related pathways at the molecular level. These preliminary findings suggest that DNA methylation signatures within FKBP5 are potential indicators of response to meditation treatment in PTSD and require validation in larger cohorts.