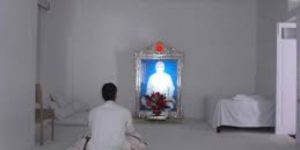 “the most general and consistently observed EEG correlate of meditation is an increase in the power of lower frequencies between 4 and 10 Hz corresponding to the theta band (4-8 Hz) and the lower end  of the alpha band (8-10 Hz).” –  Aaron D. Nitzkin

Meditation training has been shown to improve health and well-being. It has also been found to be effective for a large array of medical and psychiatric conditions, either stand-alone or in combination with more traditional therapies. Meditation techniques have common properties of restful attention on the present moment, but there are large differences. These differences are likely to produce different effects on the practitioner.

In today’s Research News article “Exploration of Lower Frequency EEG Dynamics and Cortical Alpha Asymmetry in Long-term Rajyoga Meditators.” (See summary below or view the full text of the study at: https://www.ncbi.nlm.nih.gov/pmc/articles/PMC5769196/ ), Sharma and colleagues examine the consequences of practicing Raja Yoga meditation on brain activity. They recruited adult male meditation naïve and also experienced meditators (>10 years experience) and recorded the electroencephalogram (EEG) from their scalps before and during meditation.

They found that comparing control subjects at rest to the experienced meditators during meditation there was a significant increase in Alpha rhythm power over the frontal and parietal cortexes and Theta rhythm over the medial frontal cortex. They also found that in comparison to controls and to baseline during meditation there was a significant difference in the frontal lobe Alpha power between the hemispheres, where the left hemisphere had significantly greater Alpha power than the right.

High Alpha and Theta power indicate that the brain in the affected areas is processing less information, is more at rest. This was particularly true for the left hemisphere which is traditionally thought to be involved in attention and to process high level verbal and mathematical thinking. These results then suggest that during meditation the anterior nervous system, particularly the left hemisphere, is at greater rest than when simply relaxing. This is exactly what is the intent of meditation to lessen thinking and heighten relaxation.  It is not surprising that the nervous system should be different in different states of activity. The fact that it relaxes during meditation would be expected.

“Raja Yoga meditation gives you peace of mind and relaxes your body. It helps you develop a positive attitude and respond better to situations” – Ramya Achanta

Rajyoga meditation is taught by Prajapita Brahmakumaris World Spiritual University (Brahmakumaris) and has been followed by more than one million followers across the globe. However, rare studies were conducted on physiological aspects of rajyoga meditation using electroencephalography (EEG). Band power and cortical asymmetry were not studied with Rajyoga meditators.

This study aims to investigate the effect of regular meditation practice on EEG brain dynamics in low-frequency bands of long-term Rajyoga meditators.

Subjects were matched for age in both groups. Lower frequency EEG bands were analyzed in resting and during meditation.

Twenty-one male long-term meditators (LTMs) and same number of controls were selected to participate in study as par inclusion criteria. Semi high-density EEG was recorded before and during meditation in LTM group and resting in control group. The main outcome of the study was spectral power of alpha and theta bands and cortical (hemispherical) asymmetry calculated using band power.

One-way ANOVA was performed to find the significant difference between EEG spectral properties of groups. Pearson’s Chi-square test was used to find difference among demographics data.

Results reveal high-band power in alpha and theta spectra in meditators. Cortical asymmetry calculated through EEG power was also found to be high in frontal as well as parietal channels. However, no correlation was seen between the experience of meditation (years, hours) practice and EEG indices.

Overall findings indicate contribution of smaller frequencies (alpha and theta) while maintaining meditative experience. This suggests a positive impact of meditation on frontal and parietal areas of brain, involved in the processes of regulation of selective and sustained attention as well as provide evidence about their involvement in emotion and cognitive processing.