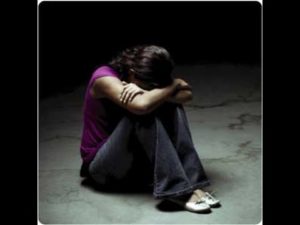 “Still, there are a handful of key areas — including depression, chronic pain, and anxiety — in which well-designed, well-run studies have shown benefits for patients engaging in a mindfulness meditation program, with effects similar to other existing treatments.” – Alvin Powell

Clinically diagnosed depression is the most common mental illness, affecting over 6% of the population. Major depression can be quite debilitating. Depression can be difficult to treat and is usually treated with anti-depressive medication. But, of patients treated initially with drugs only about a third attained remission of the depression. After repeated and varied treatments including drugs, therapy, exercise etc. only about two thirds of patients attained remission. But, drugs often have troubling side effects and can lose effectiveness over time. In addition, many patients who achieve remission have relapses and recurrences of the depression. Even after remission some symptoms of depression may still be present (residual symptoms).

Being depressed and not responding to treatment or relapsing is a terribly difficult situation. The patients are suffering and nothing appears to work to relieve their intense depression. Suicide becomes a real possibility. So, it is imperative that other treatments be identified that can relieve the suffering. Mindfulness training is an alternative treatment for depression. It has been shown to be an effective treatment for depression and its recurrence and even in the cases where drugs fail.

In today’s Research News article “Effects of Mindfulness-Based Stress Reduction on Depression in Adolescents and Young Adults: A Systematic Review and Meta-Analysis.” (See summary below or view the full text of the study at: https://www.frontiersin.org/articles/10.3389/fpsyg.2018.01034/full?utm_source=F-AAE&utm_medium=EMLF&utm_campaign=MRK_686352_69_Psycho_20180626_arts_A ), Chi and colleagues review, summarize, and perform a meta-analysis of published randomize controlled trials (RCTs) of the application of a Mindfulness-Based Stress Reduction (MBSR) program for the treatment of depression in adolescents and young adults. They discovered 18 published studies including a total of 2042 patients from 18 to 25 years of age.

They found that the published studies found that Mindfulness-Based Stress Reduction (MBSR) treatment effectively reduced depression in these patients with a moderate effect size. The type of control condition made a difference as active control groups as opposed to no-treatment control groups also produced significant reductions in depression. So, in comparison to active control groups MBSR had a smaller effect size. This suggests that placebo effects (subject expectancy effects) were responsible for some of the improvements and overall MBSR had an even greater impact on depression.

Hence, the published research literature supports the conclusion that MBSR is a safe and moderately effective treatment for depression in adolescents and young adults. MBSR is a compound treatment program which contains meditation, body scan, and yoga practices. It would be interesting in future research to begin to determine which components are necessary for the ability of MBSR treatment to reduce depression.

“Through mindfulness, individuals start to see their thoughts as less powerful. These distorted thoughts – such as “I always make mistakes” or “I’m a horrible person” – start to hold less weight. . . watching ourselves think. We ‘experience’ thoughts and other sensations, but we aren’t carried away by them. We just watch them come and go.” – William Marchand

Background: Mindfulness as a positive mental health intervention approach has been increasingly applied to address depression in young people. This systematic review and meta-analysis evaluated the effects of mindfulness-based stress reduction (MBSR) in the treatment of depression among adolescents and young adults.

Results: Eighteen RCTs featuring 2,042 participants were included in the meta-analysis. Relative to the control groups (e.g., no treatment, treatment as usual, or active control), MBSR had moderate effects in reducing depressive symptoms at the end of intervention (Hedges’ g = −0.45). No statistically significant effects were found in follow-up (Hedges’ g = −0.24) due to a lack of statistical power. Meta-regression found that the average treatment effect might be moderated by control condition, treatment duration, and participants’ baseline depression.

Conclusion: MBSR had moderate effects in reducing depression in young people at posttest. Future research is needed to assess the follow-up effects of MBSR on depressive symptoms among adolescents and young adults.