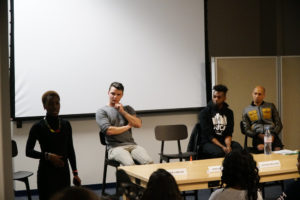 “Even in the midst of this stressful experience of testing positive for HIV, coaching people to feel happy, calm and satisfied — what we call positive affect — appears to influence important health outcomes,” – Judith Moskowitz

More than 35 million people worldwide and 1.2 million people in the United States are living with HIV infection. HIV is a virus that gradually attacks the immune system. It destroys a type of white blood cell called a T-helper cell (CD4 Cell). This isn’t a problem unto itself, but the immune system is our body’s natural defense against illness. Hence, HIV infection makes it harder to combat other infections and diseases. If HIV is untreated, these secondary infections produce chronic illness and eventually death. It is important, then, in treating HIV infection to strengthen the immune system and increase the levels of CD4 in the blood to fight off disease.

In 1996, the advent of the protease inhibitor and the so-called cocktail changed the prognosis for HIV. Since this development a 20 year-old infected with HIV can now expect to live on average to age 69. Hence, living with HIV is a long-term reality for a very large group of people. People living with HIV infection experience a wide array of physical and psychological symptoms which decrease their perceived quality of life. The symptoms include muscle aches, anxiety, depression, weakness, fear/worries, difficulty with concentration, concerns regarding the need to interact with a complex healthcare system, stigma, and the challenge to come to terms with a new identity as someone living with HIV. Hence, patients with HIV infection, even when controlled with drugs, have a reduction in their quality of life.

In today’s Research News article “Mindfulness instruction for HIV-infected youth: a randomized controlled trial.” (See summary below or view the full text of the study at: https://www.ncbi.nlm.nih.gov/pmc/articles/PMC5987527/ ), Webb and colleagues recruited HIV infected youths 14-22 aged years who were being treated with drugs. They were randomly assigned to receive a Mindfulness-Based Stress Reduction (MBSR) program or health education program. Both the MBSR and health education programs were presented for 2.5 hours, once a week, for 8 weeks. MBSR consisted of discussion and meditation, body scan, and yoga practices and included 30-minute daily home practice. They were measured before and after training and 3-months later for mindfulness, perceived stress, cognitive self-regulation, emotional attention, coping, life satisfaction, problem solving, aggression, HIV drug regimen adherence, HIV viral load, and CD4 counts.

At the 3-month follow-up, the youths who received the MBSR program had significantly higher levels of mindfulness, life satisfaction, problem solving, and lower levels of aggression. MBSR participants were significantly more likely to have markedly improved HIV viral loads after treatment. These results are potentially very important and demonstrate that mindfulness training improves the psychological state of HIV infected youths. But significantly appeared to also improve their physiological state, lowing the levels of virus in their blood.

This suggests that the Mindfulness-Based Stress Reduction (MBSR) program may be an effective treatment for HIV infected youths. MBSR was designed to and has been repeatedly been shown to improve the individual’s ability to cope with the physiological and psychological effect of stress. Since stress is known to worsen the symptoms of HIV, it would seem reasonable to speculate that the improved stress coping underlies the ability of MBSR to improve the physical and psychological state of HIV sufferers.

So, improve the physical and psychological state of HIV-infected youth with mindfulness.

“mindfulness meditation stress-management training can have a direct impact on slowing HIV disease progression. . . . it’s possible that such training can be used as a powerful complementary treatment for HIV disease, alongside medications.” – David Creswell

HIV-infected youth experience many stressors, including stress related to their illness, which can negatively impact their mental and physical health. Therefore, there is a significant need to identify potentially effective interventions to improve stress management, coping, and self-regulation. The object of the study was to assess the effect of a mindfulness-based stress reduction (MBSR) program compared to an active control group on psychological symptoms and HIV disease management in youth utilizing a randomized controlled trial. Seventy-two HIV-infected adolescents, ages 14–22 (mean age 18.71 years), were enrolled from two urban clinics and randomized to MBSR or an active control. Data were collected on mindfulness, stress, self-regulation, psychological symptoms, medication adherence, and cognitive flexibility at baseline, post-program, and 3-month follow-up. CD4+ T lymphocyte and HIV viral load (HIV VL) counts were also pulled from medical records. HIV-infected youth in the MBSR group reported higher levels of mindfulness (P = .03), problem-solving coping (P = .03), and life satisfaction (P = .047), and lower aggression (P = .002) than those in the control group at the 3-month follow-up. At post-program, MBSR participants had higher cognitive accuracy when faced with negative emotion stimuli (P = .02). Also, those in the MBSR study arm were more likely to have or maintain reductions in HIV VL at 3-month follow-up than those in the control group (P = .04). In our sample, MBSR instruction proved beneficial for important psychological and HIV-disease outcomes, even when compared with an active control condition. Lower HIV VL levels suggest improved HIV disease control, possibly due to higher levels of HIV medication adherence, which is of great significance in both HIV treatment and prevention. Additional research is needed to explore further the role of MBSR for improving the psychological and physical health of HIV-positive youth.