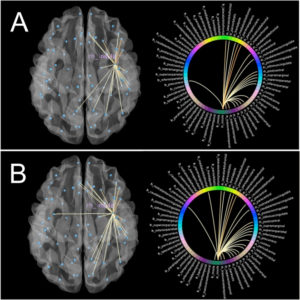 Most of us spend the majority of our lives lost in thought. Even when we become aware of our surroundings it is principally of the sights and sounds surrounding us. It is usually only when something is very wrong that we become aware of our bodies, what is called interoceptive awareness. We are generally unaware of the signals from our bodies such as the breath, movements in the GI tract, heart beats accompanied with surges in blood pressure, the sensations from our muscles and joints, even the sensations from our skin. Adding to the lack of awareness of our bodies we are also unaware of our implicit beliefs and attitudes about our bodies and the emotions that accompany these attitudes.

To exemplify this, just for a moment start paying attention to the sensations coming from the contact of your clothing with your skin. You were in all probability totally unaware of these sensations until your attention was directed toward them. Now notice the feelings from your facial muscles. Are they tense, relaxed, or something in-between. You probably were not aware of their state yet they can be good indicators of stress and your emotional state. This can be a real problem as interoceptive awareness is extremely important for our awareness of our emotional state which is in turn needed to regulate and respond appropriately to the emotions. Being aware of the state of our bodies is also important for maintaining health, both for recognizing our physical state and also for making appropriate decisions about health-related behaviors. Interoceptive awareness is even fundamental to our sense of self and world view.

Most contemplative practices focus attention on our internal state and thus improve our body awareness. But, in fact there is little empirical evidence on how this is accomplished. The insula cortex is a large piece of cerebral cortex has been covered and is buried deep inside at the juncture of the parietal, temporal, and frontal lobes. The insula is highly interconnected with a wide variety of other cortical and subcortical areas of the brain and it has been implicated in interoceptive awareness. So, changes in the insula may well reflect changes in interoceptive awareness. This suggests that mindfulness training would produce changes in the insula cortex.

In today’s Research News article “Mindfulness training induces structural connectome changes in insula networks.” (See summary below or view the full text of the study at: https://www.ncbi.nlm.nih.gov/pmc/articles/PMC5962606/ ), Sharp and colleagues examined the Magnetic Resonance Images (MRIs) from two groups of participants in a larger study. Both groups had received cognitive training plus physical fitness training, while one group received an additional mindfulness training. Training consisted of 3 70-minute training sessions per week for 16 weeks. Functional Magnetic Resonance Images (f-MRIs) were obtained before and after training as well as a subjective interoceptive awareness measure.

So, strengthen the brain’s interoceptive networks with mindfulness.

“”Mindfulness” is a capacity for heightened present-moment awareness that we all possess to a greater or lesser extent. Training this capacity seems to have a quieting effect on brain areas associated with our subjective appraisal of our self. By considering thoughts and feelings as transitory mental events that occur, but are separate from the self, people are able to lessen their hold on their worries and positive mental health outcomes follow.” – Sian Bellock

Although mindfulness meditation is known to provide a wealth of psychological benefits, the neural mechanisms involved in these effects remain to be well characterized. A central question is whether the observed benefits of mindfulness training derive from specific changes in the structural brain connectome that do not result from alternative forms of experimental intervention. Measures of whole-brain and node-level structural connectome changes induced by mindfulness training were compared with those induced by cognitive and physical fitness training within a large, multi-group intervention protocol (n = 86). Whole-brain analyses examined global graph-theoretical changes in structural network topology. A hypothesis-driven approach was taken to investigate connectivity changes within the insula, which was predicted here to mediate interoceptive awareness skills that have been shown to improve through mindfulness training. No global changes were observed in whole-brain network topology. However, node-level results confirmed a priori hypotheses, demonstrating significant increases in mean connection strength in right insula across all of its connections. Present findings suggest that mindfulness strengthens interoception, operationalized here as the mean insula connection strength within the overall connectome. This finding further elucidates the neural mechanisms of mindfulness meditation and motivates new perspectives about the unique benefits of mindfulness training compared to contemporary cognitive and physical fitness interventions.