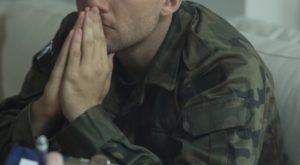 Relieve the Symptoms of Post-Traumatic Stress Disorder with Mindfulness

“Mindfulness can help people train themselves to get unstuck from a vicious cycle of negative thinking, often a cornerstone of trauma.” – Jennifer Wolkin

Obviously, these are troubling symptoms that need to be addressed. There are a number of therapies that have been developed to treat PTSD. One of which, mindfulness training has been found to be particularly effective. But, it is not known which components of mindfulness training are effective and which are not. In today’s Research News article “A Qualitative Study of Mindfulness Among Veterans With Posttraumatic Stress Disorder: Practices Differentially Affect Symptoms, Aspects of Well-Being, and Potential Mechanisms of Action.” (See summary below or view the full text of the study at: https://www.ncbi.nlm.nih.gov/pmc/articles/PMC5871168/ ), Colgan and colleagues recruited military veterans with chronic Post-Traumatic Stress Disorder (PTSD)and assigned them to practice either body scan, mindful breathing, slow breathing, or sitting quietly. The veterans were trained once a week for six weeks for 20 minutes. They were asked to practice once daily at home. After the interventions they were interviewed and asked “Did you benefit from the intervention?” and “Did your PTSD symptoms improve?” Their responses were recorded, transcribed and subjected to qualitative analysis.

These findings are consistent with the literature that mindfulness training is effective in relieving the symptoms of PTSD. These findings, however, begin to identify the effective components of mindfulness trainings. For, example Mindfulness-Based Stress Reduction (MBSR) is frequently used as an intervention for PTSD. MBSR, however, is a package of techniques including meditation, body scan, and yoga. It is not clear which of these components is necessary and sufficient for the relief of the symptoms of PTSD. The present findings demonstrate that either body scan alone or mindful breathing alone are effective, but simply sitting quietly or slow breathing are not. In other words, only those practices that produce mindfulness are effective. This suggests that the induction of mindfulness is the critical component for the effectiveness of the technique to relieve the symptoms of PTSD.

So, relieve the symptoms of post-traumatic stress disorder with mindfulness.

“Mindfulness practices can be very helpful in relieving the symptoms of toxic stress and PTSD, however, some caution is advised. It is important to choose the practices that fit the learning style and tolerance levels of the person who uses them.” – Trauma Recovery

This qualitative study explored and compared the subjective experiences of 102 veterans with posttraumatic stress disorder (PTSD) who were randomly assigned to 1 of 4 arms: (a) body scan, (b) mindful breathing, (c) slow breathing, or (d) sitting quietly. Qualitative data were obtained via semistructured interviews following the intervention and analyzed using conventional content analysis. The percentage of participants within each intervention who endorsed a specific theme was calculated. Two-proportion z tests were then calculated to determine if the differences among themes endorsed in specific groups were statistically significant. Six core themes emerged from analysis of participant responses across the 4 groups: (a) enhanced present moment awareness, (b) increased nonreactivity, (c) increased nonjudgmental acceptance, (d) decreased physiological arousal and stress reactivity, (e) increased active coping skills, and (f) greater relaxation. More participants in the mindfulness intervention groups reported improvement in PTSD symptoms when compared to participants in non-mindfulness groups. Different types of intervention targeted different symptoms and aspects of well-being. Furthermore, type of intervention may have also differentially targeted potential mechanisms of action. This article highlights the importance of employing both quantitative and qualitative research methods when investigating the dynamic process of mindfulness and may inform how practices can be tailored to the needs of the veteran with PTSD.