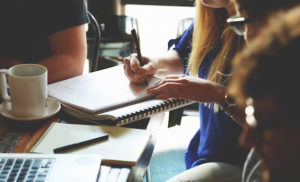 “These findings suggest that mindfulness training has both short-term and long-term effects on coping. These effects (six years on) were found despite poor to moderate adherence to formal mindfulness practice.” – de Vibe et al.

In today’s Research News article “Six-year positive effects of a mindfulness-based intervention on mindfulness, coping and well-being in medical and psychology students; Results from a randomized controlled trial.” (See summary below or view the full text of the study at: https://www.ncbi.nlm.nih.gov/pmc/articles/PMC5916495/ ), de Vibe and colleagues examine whether mindfulness training has detectable benefits 6 years after training. They recruited second year medical and clinical psychology students and randomly assigned them to either receive a 7-week Mindfulness-Based Stress Reduction (MBSR) program or a no-treatment control condition. MBSR consists of training in meditation, yoga, and body scan. The students were measured at baseline and then one month and two, four and six years after training for mindfulness, well-being, coping, and class attendance.

They found that in comparison to the control group and regardless of attendance at booster sessions or home practice, participants in the MBSR training demonstrated higher levels of mindfulness, improved well-being, decreased avoidance coping, and increased problem focused coping at the six year follow-up. Hence mindfulness training resulted in improvements in mindfulness, well-being, and adaptive coping ability that lasted over a six years period with no trend toward weakening.

These are remarkable results that suggest that the benefits of mindfulness training are not fleeting, but rather last over substantial periods of time. To my knowledge, this is the first demonstration that the effects last for such a prolonged, 6-year, period. They underscore the ability of mindfulness training to fundamentally alter the individual’s approach to life resulting in relatively permanent improvements in their mental and physical well-being.

Longitudinal research investigating the enduring impact of mindfulness training is scarce. This study investigates the six-year effects of a seven-week mindfulness-based course, by studying intervention effects in the trajectory of dispositional mindfulness and coping skills, and the association between those change trajectories and subjective well-being at six-year follow-up. 288 Norwegian medical and psychology students participated in a randomized controlled trial. 144 received a 15-hour mindfulness course over seven weeks in the second or third semester with booster sessions twice yearly, while the rest continued their normal study curricula. Outcomes were subjective well-being, and dispositional mindfulness and coping assessed using the Five Facet Mindfulness Questionnaire and the Ways of Coping Checklist. Analyses were performed for the intention-to-treat sample, using latent growth curve models. At six-year follow-up, students receiving mindfulness training reported increased well-being. Furthermore, they reported greater increases in the trajectory of dispositional mindfulness and problem-focused coping along with greater decreases in the trajectory of avoidance-focused coping. Increases in problem-focused coping predicted increases in well-being. These effects were found despite relatively low levels of adherence to formal mindfulness practice. The findings demonstrate the viability of mindfulness training in the promotion of well-being and adaptive coping, which could contribute to the quality of care given, and to the resilience and persistence of health care professionals.