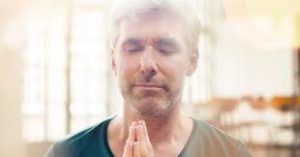 “You can sculpt your brain just as you’d sculpt your muscles if you went to the gym. Our brains are continuously being sculpted, whether you like it or not, wittingly or unwittingly.” – Ritchie Davidson

The nervous system is a dynamic entity, constantly changing and adapting to the environment. It will change size, activity, and connectivity in response to experience. For example, the brain area that controls the right index finger has been found to be larger in blind subjects who use braille than in sighted individuals.  Similarly, cab drivers in London who navigate the twisting streets of the city, have a larger hippocampus, which is involved in spatial navigation, than predefined route bus drivers. These changes in the brain are called neuroplasticity. Over the last decade neuroscience has been studying the effects of contemplative practices on the brain and has identified neuroplastic changes in widespread areas. In other words, meditation practice appears to mold and change the brain, producing psychological, physical, and spiritual benefits.

Prayer and meditation can be quite similar. It is possible that they can both produce changes to the brain. Since, both involve a degree of self-control, it is possible that they both change the brain to enhance self-control mechanisms. In today’s Research News article “Ability to Gain Control Over One’s Own Brain Activity and its Relation to Spiritual Practice: A Multimodal Imaging Study.” (See summary below or view the full text of the study at: https://www.ncbi.nlm.nih.gov/pmc/articles/PMC5442174/ ), Kober and colleagues studied the ability of meditation and prayer to alter the nervous system and improve self-control. They recruited healthy adults who reported either a low or a high frequency of prayer or meditation. They were measured for spirituality and religiousness, mindfulness and locus of control. In addition, the participants had their brains scanned with Magnetic Resonance Imaging (MRI).

The participants had their brain activity measured with an electroencephalogram (EEG). They were shown a display with three bars the height of which was determined by brain activity in the 4-7 hertz (Theta), 12-25 hertz (SMR- Sensory-motor rhythm), and 21-35 hertz (Beta) range respectively. They received rewards (points) whenever their SMR was above a prescribed threshold and both their Theta and Beta were below a certain threshold. In other words, whenever their EEG reflected a specific prescribed pattern. If the participant was able to increase their SMR and decrease their Theta and Beta rhythms over training, it indicated and ability to control their brain activity.

These are striking results. It has been known that with reward (biofeedback) people could learn to change their brain activity. But, it has never been shown before that people who prayed or meditated often would be significantly better at it than those who didn’t. The high frequency group is “assumed to be experts in focusing attention on inner states and self-referential processes.” This suggests that focused meditative practice improves the individual’s ability to control their brain activity. In other words, spiritual practice made them better at “doing nothing” and preventing thoughts from disrupting control of brain activity.

So, improve the ability to control the brain’s activity with prayer and meditation.

Spiritual practice, such as prayer or meditation, is associated with focusing attention on internal states and self-awareness processes. As these cognitive control mechanisms presumably are also important for neurofeedback (NF), we investigated whether people who pray frequently (N = 20) show a higher ability of self-control over their own brain activity compared to a control group of individuals who rarely pray (N = 20). All participants underwent structural magnetic resonance imaging (MRI) and one session of sensorimotor rhythm (SMR, 12–15 Hz) based NF training. Individuals who reported a high frequency of prayer showed improved NF performance compared to individuals who reported a low frequency of prayer. The individual ability to control one’s own brain activity was related to volumetric aspects of the brain. In the low frequency of prayer group, gray matter volumes in the right insula and inferior frontal gyrus were positively associated with NF performance, supporting prior findings that more general self-control networks are involved in successful NF learning. In contrast, participants who prayed regularly showed a negative association between gray matter volume in the left medial orbitofrontal cortex (Brodmann’s area (BA) 10) and NF performance. Due to their regular spiritual practice, they might have been more skillful in gating incoming information provided by the NF system and avoiding task-irrelevant thoughts.