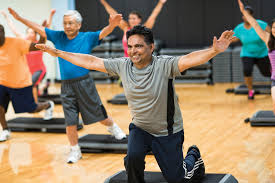 Improve Sleep with Diabetes with Yoga

“yoga stimulates the organs which in turn improves metabolic activities. This means that the chemical transformations within a cell are carried out more efficiently. This makes it a highly beneficial exercise for those suffering from diabetes” – Aruna Rathod Panvell

Diabetes is a major health issue. It is estimated that 30 million people in the United States and nearly 600 million people worldwide have diabetes and the numbers are growing. Type II Diabetes results from a resistance of tissues, especially fat tissues, to the ability of insulin to promote the uptake of glucose from the blood. As a result, blood sugar levels rise producing hyperglycemia. Diabetes is the 7th leading cause of death in the United States. In addition, diabetes is heavily associated with other diseases such as cardiovascular disease, heart attacks, stroke, blindness, kidney disease, and circulatory problems leading to amputations. As a result, diabetes doubles the risk of death of any cause compared to individuals of the same age without diabetes.

In today’s Research News article “Effect of yoga and aerobics exercise on sleep quality in women with Type 2 diabetes: a randomized controlled trial.” (See summary below or view the full text of the study at: https://www.ncbi.nlm.nih.gov/pmc/articles/PMC5612039/ ), Ebrahimi and colleagues recruited adult women with diabetes and randomly assigned them to a 12-week program of yoga practice, running on a treadmill, or a control condition. Yoga consisted of postures, breathing exercises and relaxation and was practiced for 90 minutes three times per week while running on a treadmill was practiced for 30 minutes 3 times per week. They were measured before, at 6 weeks, and after training for sleep quality.

They found that yoga but not either running or the control condition produced a significant improvement in sleep quality at 6-weeks and at the end of training. The improvements included decreased time to fall asleep, longer duration of sleep, greater sleep efficiency, fewer sleep medications and sleep disturbances, and better daytime function. Hence, participation in yoga practice was found to markedly improve sleep in diabetic women.

It is suspected, but nor established, that the improvements in sleep improve the quality of life with diabetes. The fact that aerobic exercise did not produce similar improvements suggests that it was the mindfulness component and not the exercise component of yoga practice that was responsible for the improvements. It is known that mindfulness practices improve sleep and diabetes. It remains for future research to establish the causal connections between the two effects of mindfulness.

So, improve sleep with diabetes with yoga.

“Regular practice of yoga does reduce blood sugar levels, the blood pressure, weight, the rate of progression to the complications, and the severity of the complications as well. The symptoms are also reduced to a great extent, so are number of diabetes related hospital admissions.” – Sujit Chandratreya

The aim of this study was investigating the effect of 12 weeks of yoga and aerobic exercise (running on a treadmill) on the sleep quality in women with Type 2 diabetes.

It can be concluded that yoga exercise is more effective in improving the sleep quality in comparison with the same course of aerobic exercise in women suffering from diabetes Type 2. Thus, yoga exercise can be suggested to these patients.