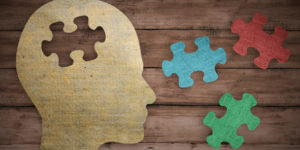 What are the Characteristics of the Mindful Personality

“Scientific research has shown that there are things you can do to change your personality. First, changing a large number of habits is basically the same as changing your personality, but there’s a new method that has become very popular in psychology because it works: Meditation.” – Antonio Centeno

Personality characteristics are thought to be relatively permanent traits that form an individual’s distinctive character. Current psychological research and theorization on personality has suggested that there are five basic personality characteristics. The so called “Big 5” are Extraversion, Agreeableness, Openness to Experience, Conscientiousness, and Neuroticism. Extraversion involves engagement with the external world, particularly other people. Agreeableness involves trust and helpfulness and a positive temperament. Openness to Experience is intellectual curiosity and is associated with creativity and a preference for novelty and variety. Conscientiousness involves planning, organization, dependability and self-discipline. Finally, Neuroticism involves moodiness, negative emotions, and a tendency to perceive even minor things as threatening or impossible. It is thought that most individual personalities can be captured by these five characteristics.

Mindfulness is subject to change from moment, but, recently it has been established that there is also an enduring trait of mindfulness with some people inherently more mindful than others. It is not clear whether this is incorporated in the “Big 5” or is a separate characteristic. In today’s Research News article “The Mindful Personality: a Meta-analysis from a Cybernetic Perspective.” (See summary below). Hanley & Garland summarize and interpret the published research literature on the relationship of mindfulness and the “Big 5” personality characteristics. They found 37 relevant published studies that included measures of mindfulness and the “Big 5” personality characteristics to include in the meta-analysis.

Dispositional mindfulness (DM), or the tendency to attend to present moment experience, may have important implications for the structure of human personality. However, relationships between DM and the Big Five Model of Personality (BF) have not been definitively established. Therefore, the purpose of this meta-analysis was to extend previous investigations of the relationship between DM and the BF, utilizing a larger sample of studies, attending to relational inconsistencies potentially associated with alternative methods of operationalizing DM, conducting the first meta-analysis of the DM subdomains in relation to the BF, and situating the results in a cybernetic model. Results indicate that neuroticism evidenced the strongest, negative relationship with DM and conscientiousness evidenced the strongest, positive relationship with DM, suggesting the mindful personality may be characterized principally by emotional stability and conscientious self-regulation—potentially reflective of an inclination towards the personality metatrait stability. Measurement differences were also observed, with the mindful personality arrived at through the FFMQ differing to some extent from the mindful personality emerging from the MAAS. Broadly, the mindful personality associated with the FFMQ appears to reflect greater personality complexity, with the FFMQ evidencing associations with all five personality factors while the MAAS appears primarily linked with only three personality factors (neuroticism, conscientiousness, and agreeableness). Examination of the relationships between the BF and DM at the facet level also suggests unique patterns of association between the DM facets and each of the personality factors.

One thought on “What are the Characteristics of the Mindful Personality”