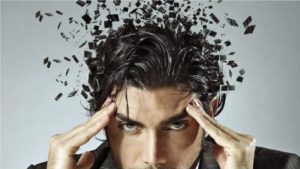 “being in a mind-wandering state – instead of aware of present moment activities – is not such a happy state. We are generally happier when we are not mind-wandering.” – Susan Smalley

You’d think that if we spend so much time with the mind wandering it must be enjoyable. But, in fact research has shown that when our mind is wandering we are actually less happy than when we are paying attention to what is at hand. There are times when mind wandering may be useful, especially in regard to planning and creative thinking. But, for the most part, it interferes with our concentration on the present moment and what we’re doing and makes us unhappy. Hence, it makes sense to study the relationship of mindfulness to mind wandering and negative emotions.

This is a correlational study, so no conclusions can be reached about causation. But there is evidence from other studies that mindfulness training improves mood. So, it is likely that mindfulness caused the greater positive emotions and lower negative emotions in the students in this study. These are interesting results that add to the understanding of how mindfulness affects human emotions. They show that mindfulness influences mood directly and also improves negative mood via reduced mind wandering.

So, reduce mind wandering and negative mood with mindfulness.

“mindfulness training may have protective effects on mind wandering for anxious individuals. . . . meditation practice appears to help anxious people to shift their attention from their own internal worries to the present-moment external world, which enables better focus on a task at hand.” – Mengran Xu