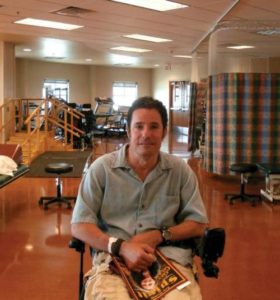 “mindfulness may help people better respond to stress by fostering healthier coping strategies. For example, study participants who reported higher levels of mindfulness were less likely to rely on coping strategies, such as denial, disengagement and self-blame. They were also more likely to use more-positive strategies, such as information gathering, planning and seeking out social support. Mindfulness practice appears to be a safe, drug-free approach to coping with stress and anxiety, which may in turn help reduce your MS symptoms.” – Amit Sood

Although there is a progressive deterioration, MS is not fatal with MS patients having about the same life expectancy as the general population. Hence, most MS sufferers have to live with the disease for many years. So, quality of life becomes a major issue. Quality of life with MS is affected by fatigue, cognitive decrements, physical impairment, depression, and poor sleep quality. There is a thus a critical need for safe and effective methods to help relieve the symptoms of MS and improve quality of life. Mindfulness has been previously shown to improve depression, sleep quality, cognitive impairments, emotion regulation, and fatigue. It has also been shown to improve the symptoms of multiple sclerosis.

In today’s Research News article “Mindfulness-based cognitive therapy severely fatigued multiple sclerosis patients: A waiting list controlled study.” See summary below or view the full text of the study at: https://www.medicaljournals.se/jrm/content/html/10.2340/16501977-2237, Hoogerwerf and colleagues recruited patients with multiple sclerosis and kept them on a waiting list for 10 weeks and then provided them with 10 weeks of Mindfulness-Based Cognitive Therapy (MBCT) in groups of 12. MBCT involves mindfulness training, containing sitting and walking meditation and body scan, and cognitive therapy to alter how the patient relates to the thought processes that often underlie and exacerbate psychological symptoms. They were measured at baseline after the 10-week waiting period, after treatment and 3 months later for fatigue, mindfulness, anxiety, depression, quality of life, sleeping problems, daily cognitive mistakes, catastrophizing, coping styles, and cognitive ability.

They found that during the 10-week waiting period symptoms generally did not significantly change, but after the MBCT training there were significant improvements in fatigue, mindfulness, anxiety, depression, daily cognitive mistakes, catastrophizing, and emotion focused coping styles. These improvements were sustained at the 3-month follow-up. Hence, MBCT training appeared to produce marked and lasting improvements in the psychological symptoms of multiple sclerosis. There is a need to repeat this study with a stronger randomized controlled clinical trial. The positive results make a compelling case for such a trial.

Mindfulness training has been shown to produce improvements in fatigue, emotion regulation, anxiety, depression, cognitive performance, coping strategies, worry and catastrophizing, and of course mindfulness. The present study confirms that these benefits also accrue to patients with multiple sclerosis and are maintained. This suggests that MBCT training or other mindfulness trainings may be helpful in relieving the symptoms of this life-long progressive neurological disease. This will hopefully allow them to cope better with their disease and generally make their lives better

So, improve fatigue and multiple sclerosis psychological symptoms with mindfulness.

“Studies in multiple sclerosis, these have shown that mindfulness can improve quality of life and help people cope better with their MS. The studies also found that it decreased stress, anxiety and depression.” – MS Trust

Fatigue is the most common symptom in multiple sclerosis. Evidence-based treatment options are scarce.

Adherence rate was 71%. Eight out of 10 participants who completed the intervention were satisfied with the intervention. Significant time effects were found for 7 out of 11 outcome measures (p = 0.006 to < 0.001). The effect size was moderate for all outcome measures that were significant post-treatment and/or at follow-up (Ƞ² = 0.10-0.17). Improvements were maintained at follow-up. Of the completers, 46% showed a clinically relevant change regarding fatigue.

Mindfulness-based cognitive therapy is feasible in severely fatigued multiple sclerosis patients and has positive results in the reduction of severe fatigue and several psychological factors.