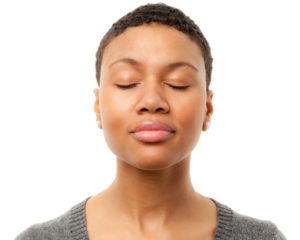 Improve resilience in Spouses of Schizophrenia Patients with Mindfulness

“Most of life’s stressors are subjective and with mindfulness (seeing things as they are in this present moment), we have the ability to respond with wisdom vs. react in a harmful way. When we see our thoughts and feelings clearly and can offer compassion for the hardship we are experiencing, we increase our resilience.” – Carley Hauck

Psychological well-being is sometimes thought of as a lack of mental illness. But, it is more than just a lack of something. It is a positive set of characteristics that lead to happy, well-adjusted life. These include the ability to be aware of and accept one’s strengths and weaknesses, to have goals that give meaning to life, to truly believe that your potential capabilities are going to be realized, to have close and valuable relations with others, the ability to effectively manage life issues especially daily issues, and the ability to follow personal principles even when opposed to society. But, stress can interfere with the individual’s ability to achieve these goals.  When highly stressed, resilience is required to cope with the stress and continue on the path to psychological well-being.

Schizophrenia is the most common form of psychosis, affecting about 1% of the population worldwide. In many cases it is so debilitating that institutionalization is required. But, the symptoms of psychoses often do not appear until early adulthood. So, many carry on relatively normal lives including marriage prior to the onset of debilitating symptoms. This can result in wives having to cope with the institutionalization of their husbands, having to live alone, replace lost income, and withstand the societal stigma of having a mentally ill spouse. The resultant stress can exacerbate an already difficult situation.

Mindfulness has been shown to increase resilience and reduce the psychological and physiological responses to stress. So, it is reasonable to infer that mindfulness training may help increase resilience in the wives of institutionalized individuals with schizophrenia. In today’s Research News article “The Efficacy of Mindfulness-Based Cognitive Therapy on Resilience among the Wives of Patients with Schizophrenia.” See summary below or view the full text of the study at: https://www.ncbi.nlm.nih.gov/pmc/articles/PMC5449888/,  Solati recruited wives whose husbands were diagnosed with schizophrenia and institutionalized and randomly assigned them to a no-treatment control group or to receive and 8-week, once a week for 90 minutes, program of Mindfulness-Based Cognitive Therapy (MBCT).  MBCT involves mindfulness training, containing sitting and walking meditation and body scan, and cognitive therapy to alter how the patient relates to the thought processes that often underlie difficult emotions. The women were measured before and after training for resilience.

They found that following the intervention the women who received Mindfulness-Based Cognitive Therapy (MBCT) had a significant, 10%, increase in resilience in comparison to the control group. There is a need to conduct a randomized controlled trial with an active control condition to verify these findings. Nevertheless, mindfulness training appeared to improve resilience. This suggests that MBCT may assist wives whose husbands are diagnosed with schizophrenia and institutionalized to better cope with the resultant stress. This may better equip the women to withstand their difficulties and retain their own well-being.

So, improve resilience in spouses of schizophrenia patients with mindfulness.

“The emotional soup that follows a stressful event can whip up negative stories about yourself or others that goes on and on, beyond being useful. Mindfulness reduces this rumination and, if practiced regularly, changes your brain so that you’re more resilient to future stressful events.” – Shamash Alidina

The wives of patients with schizophrenia experience high levels of stress due to their spouses’ disease, which leads to certain problems and decreased adaptability and efficiency in them.

This study investigated the efficacy of Mindfulness-Based Cognitive Therapy (MBCT) on resilience in schizophrenia patients.

In this quasi-experimental study, 40 wives of patients with schizophrenia (20 assigned to experimental group and 20 to control group) whose husbands were kept in rehabilitation centers for mental disorders were enrolled according to convenience sampling. In the experimental group, the therapeutic protocol of MBCT was conducted. Accordingly, the patients were encouraged to process the experiences in a non-judgmental manner as they have been formed, and to change their relationship with and embrace challenging thoughts and feelings. Meanwhile, the control group underwent no intervention. The research instrument was Connor-Davidson Resilience Scale. Data were analysed by ANCOVA in SPSS 16.

Training MBCT strategies was effective on resilience in the wives of schizophrenia patients. Therefore, this approach can be incorporated into mental health-related interventions for the families of patients with psychiatric disorders such as schizophrenia.