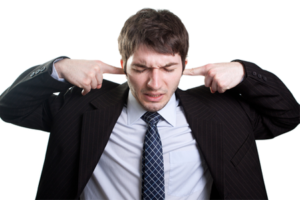 Mindfulness is Associated with Lower Aggression by Lowering Rumination

“Mindfulness may restore the emotional resources needed to maintain self-control, and thus may have an important role to play in anger management by helping people to mindfully respond to provocation rather than react with anger.”- AMRA

The human tendency to lash out with aggression when threatened was adaptive for the evolution of the species. It helped promote the survival of the individual, the family, and the tribe. In the modern world, however, this trait has become more of a problem than an asset. It results in individual violence and aggression such as physical abuse, fights, road rage, and even murders, and in societal violence such as warfare. It may even be the basis for the horrors of terrorism and mass murder. Obviously, there is a need in modern society to control these violent and aggressive urges.

Aggression may, at least in part, be amplified by anger rumination; an uncontrollable, repetitive thinking about anger and its sources. This can produce a downward spiral where people repeatedly think about their anger which, in turn, reinforces the anger making it worse and worse. It is like a record that’s stuck and keeps repeating the same lyrics. It’s replaying a dispute in the individual’s mind. It’s going over their anger, again and again. Fortunately, rumination may be interrupted by mindfulness. This may, in part, be a mechanism by which mindfulness training reduces aggression and hostility. Hence, mindfulness may be an antidote to violent and aggressive urges by interrupting anger rumination.

In today’s Research News article “Both trait and state mindfulness predict lower aggressiveness via anger rumination: A multilevel mediation analysis.” See summary below or view the full text of the study at: https://www.ncbi.nlm.nih.gov/pmc/articles/PMC4943669/, Eisenlohr-Moul and colleagues recruited college students and had them complete measures of overall and daily levels of mindfulness, anger, anger rumination, anger expression, aggressive inclinations, and aggressive behaviors. Daily measures were collected for 35 consecutive days. They analyzed the responses with sophisticated statistical modelling techniques.

These results are correlational and thus causation cannot be determined. There is a need to investigate whether mindfulness training can produce similar effects. Nevertheless, the findings suggest that the ability of mindfulness to lower anger and interrupt anger rumination may be the keys to the effectiveness of mindfulness in lowering aggression. By focusing on the present moment and not on past transgressions or worries about the future, rumination is disrupted. This in turn, lowers the likelihood of aggressive behavior. In this way mindfulness may be a means to lower the levels of aggression and violence in the modern world.

So, lower aggression by lowering rumination with mindfulness.

“The first step to managing your anger is to sit with it long enough to hear what it wants to tell you. To do this, you must turn to your body. Your body contains an abundance of information, and it never lies. By listening carefully to your body, you can build new habits for approaching your feelings. A new response strategy will replace the passive-aggressive pattern that may have dominated your life. And mindfulness is the key.” – Andrea Brandt