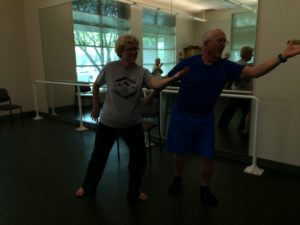 “T’ai chi is a wonderfully gentle form of movement and exercise that can be appropriate to all levels of physical ability. It can also result in increased energy levels which are particularly noticeable if your energy levels are low in the first place.” – ME/CFS Self-Help Guru

Chronic Fatigue Syndrome (CFS) occurs in about 0.2% of the population. It produces a profound, prolonged, and debilitating tiredness. When severe, it can produce a chronic and extreme tiredness, so severe that sufferers can become bed-bound or need to use a wheel-chair. It produces muscle pain, brain fog and dizziness, poor memory, disturbed sleep and trouble with digestion. But, deep fatigue can also be produced by a myriad of conditions including diseases and their treatment, including cancer, multiple sclerosis, rheumatoid arthritis, insomnia, and chronic obstructive pulmonary disease (COPD). Fatigue is also associated with aging. Fatigue is widespread. Some form of chronic fatigue has been reported by about 10% of the population. Unfortunately, there are no known cures. The usual treatments for fatigue are targeted at symptom relief and include exercise and drugs.

Mindfulness has been shown to reduce fatigue due to a number of conditions. The mindfulness practice of Yoga is also includes exercise and it has been shown to be an effective treatment for the symptoms of Chronic Fatigue Syndrome / Myalgic encephalomyelitis (CFS/ME). Tai Chi is an ancient Chinese practice involving mindfulness and gentle movements. It is easy to learn, safe, and gentle. So, it may be more appropriate for patients who lack the energy to engage in more vigorous exercise, particularly those who are ill with other serious conditions. In today’s Research News article “Does Tai Chi relieve fatigue? A systematic review and meta-analysis of randomized controlled trials.” See summary below or view the full text of the study at: https://www.ncbi.nlm.nih.gov/pmc/articles/PMC5381792/ Xiang and colleagues review the published research literature on the effects of Tai Chi on patients with chronic fatigue and perform a meta-analysis. They found 10 published randomized controlled trials.

The published research strongly suggests that the practice of Tai Chi is an effective treatment for chronic fatigue, relieving fatigue and also improving vitality, sleep, and depression. This ancient gentle practice is completely safe, can be used with the elderly and sickly, is inexpensive to administer, can be performed in groups or alone, at home or in a facility or even public park, and can be quickly learned. In addition, it can also be practiced in social groups without professional supervision. This can make it fun, improving the likelihood of long-term engagement in the practice. Hence, Tai Chi would appear to be an excellent treatment for sickly individuals, including the elderly.

“While being ill reduces activity levels and can produce deconditioning, fatigue, pain, stiffness, anxiety, and depression, exercising can help you reverse that downward spiral by increasing your levels of fitness; reducing fatigue, pain, and stiffness; and improving mood.” – Johannes Starke

Fatigue is not only a familiar symptom in our daily lives, but also a common ailment that affects all of our bodily systems. Several randomized controlled trials (RCTs) have proven Tai Chi to be beneficial for patients suffering from fatigue, however conclusive evidence is still lacking. A systematic review and meta-analysis was performed on all RCTs reporting the effects of Tai Chi for fatigue.

In the end of April 2016, seven electronic databases were searched for RCTs involving Tai Chi for fatigue. The search terms mainly included Tai Chi, Tai-ji, Taiji, fatigue, tiredness, weary, weak, and the search was conducted without language restrictions. Methodological quality was assessed using the Cochrane Risk of Bias tool. RevMan 5.3 software was used for meta-analysis. Publication bias was estimated with a funnel plot and Egger’s test. We also assessed the quality of evidence with the GRADE system.

The results suggest that Tai Chi could be an effective alternative and /or complementary approach to existing therapies for people with fatigue. However, the quality of the evidence was only moderate and may have the potential for bias. There is still absence of adverse events data to evaluate the safety of Tai Chi. Further multi-center RCTs with large sample sizes and high methodological quality, especially carefully blinded design, should be conducted in future research.