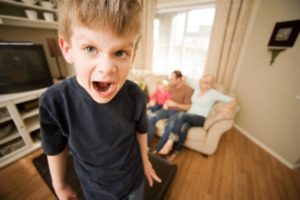 “mindfulness practice can help us pay attention better, resist distractions, be less impulsive, remember what we are doing in the moment, and regulate our own emotions, it is helpful whether we have ADHD or not. But it holds special interest for those with ADHD.” – Casey Dixon

Attention Deficit Hyperactivity Disorder (ADHD) is currently epidemic in the US. Roughly 6.4 million American children have been diagnosed with ADHD and 6.4% of American children are being treated with medication. There has been a 42% increase in the diagnoses of ADHD in the last 8 years. This increase in diagnoses probably represents an increase in awareness and willingness to diagnose ADHD rather than an increase in cases of ADHD. “Many children who like to run and jump may be high-energy. But that doesn’t mean they are hyperactive. To count as ADHD, symptoms have to be on the extreme side and have to cause problems in the child’s life. Also, they have to have been doing this for at least 6 months.” – WebMD

What can be done about this huge problem that is affecting such a large proportion of American children and adults? The most common treatment is drugs, like methylphenidate, Ritalin, which helps reduce symptoms in about 30% of the people with ADHD. Unfortunately, the effectiveness of the drugs appears to be markedly reduced after the first year. In addition, the drugs often have troublesome side effects, including nervousness agitation, anxiety, irritability, sleep and appetite problems, head and stomach aches, nausea, dizziness, and heart palpitations. They can also be addictive and can readily be abused. If that’s not enough using drugs that alter the brain in children during the time of brain development is fraught with long-term risks. So, drugs, at present, do not appear to be a good solution, only affecting some, only for a short time, and with unwanted side effects.  Is there a better way?

There are indications that mind-body training may be a more effective treatment for ADHD. It makes sense that it should be, as the skills and abilities strengthened by mind-body training are identical to those that are defective in ADHD, attention, impulse control, executive function, emotion control, and mood improvement. Mind-body practices include meditation, tai chi, qigong, yoga , etc. Movement based mind-body practices would appear to be particularly appropriate as they are also exercise and as such an outlet for some of the excess energy.

In today’s Research News article “Mind–Body Therapy for Children with Attention-Deficit/Hyperactivity Disorder.” See summary below or view the full text of the study at: http://www.mdpi.com/2227-9067/4/5/31/htm

Herbert and Esparham review and summarize the published research literature on the effectiveness of mind-body practices for the treatment of Attention Deficit Hyperactivity Disorder (ADHD).

They report that in general movement based mind-body practices are effective for children with ADHD.  The research suggests that yoga practice improves attention, executive function, sleep patterns, produces less anxiety, more ability to focus at school, and less conflicts in children. The ancient Chinese slow movement practice of Tai Chi also appears to help with ADHD, producing significantly decreased anxiety, daydreaming, inappropriate emotions, and hyperactivity, and improved conduct. Meditation practice also appears to be effective for the symptoms of ADHD. The research indicates that mindfulness meditation practice appears to reduce ADHD symptoms and internalization, and improve attention and thinking. The research suggests that meditation practice acts by producing changes to the brains of children with ADHD.

These are exciting findings that suggest that mind-body practices are effective treatments for ADHD in children. This is particularly heartening as these mind-body practices are safe, and unlike drugs, have no significant side effects. They are also inexpensive treatments in comparison to active therapies and drugs. They are also convenient for the children to practice when time is available at home or school. Families and teachers can access online or purchase videos as resources to guide the practices. In addition, there are indications that these practices produce relatively permanent beneficial changes in the children’s brains, suggesting lasting benefits.

“Mindfulness meditation for people with ADHD? It may seem like a stretch, since difficulty with mindfulness is the very challenge for those with attention deficit hyperactivity disorder. And yet recent research shows that mindfulness training can be adapted for this condition and that it can improve concentration.”  – Lynda McCullough

Attention-deficit/hyperactivity disorder (ADHD) is pervasive among the pediatric population and new treatments with minimal adverse effects are necessary to be studied. The purpose of this article is to review current research studying mind-body therapies for treatment of children diagnosed with ADHD. Literature was reviewed pertaining to the effectiveness of movement-based therapies and mindfulness/meditation-based therapies for ADHD. Many positive effects of yoga, Tai Chi, physical activity, and meditation may significantly improve symptoms of ADHD among children.