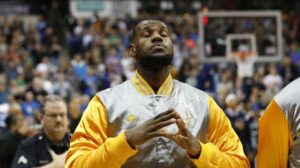 Mindfulness is Associated with Improved Athletic Psychology in Elite Athletes

“Meditation is becoming popular for many reasons, especially related to health. Athletes are also taking up the practice more and more because research has shown that meditation can be used as a tool to manage pain, decrease anxiety and improve focus.” – Kris Eiring

Athletic performance requires the harmony of mind and body. Excellence is in part physical and in part psychological. Without inheriting an athletic body and without many hours of training the individual will never reach an elite level. But, once there, the difference between winning and losing is psychological. That is why an entire profession of Sports Psychology has developed. “In sport psychology, competitive athletes are taught psychological strategies to better cope with a number of demanding challenges related to psychological functioning.” They use a number of techniques to enhance performance including anxiety or energy management, attention and concentration control (focusing), communication, goal setting, imagery, visualization, mental practice, self-talk, controlling negative emotions, team building, time management/organization.

In today’s Research News article “Mindfulness Mechanisms in Sports: Mediating Effects of Rumination and Emotion Regulation on Sport-Specific Coping.” (See summary below), Josefsson and colleagues examined the relationship of mindfulness effects on rumination and emotion regulation on athletic performance. They recruited a large sample of elite High School athletes from a variety of sports and requested that they complete measures of mindfulness, rumination, emotion regulation, and athletic coping skills. They analyzed the obtained data with correlation techniques and a sophisticated statistical technique called path analysis.

“The application of mindfulness to sport performance has recently become a popular research endeavor. By enhancing current moment awareness, a critical component of peak sport performance, some research has suggested that mindfulness exercises can help to generate “flow”, or a state of complete focus on the task or event at hand . . . mindfulness-based interventions for sports are effective because they help athletes direct their attention to the current athletic task, while minimizing external distractions.” – Mitch Plemmons