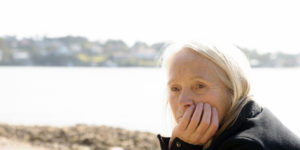 Psychological well-being is sometimes thought of as a lack of mental illness. But, it is more than just a lack of something. It is a positive set of characteristics that lead to happy, well-adjusted life. These include the ability to be aware of and accept one’s strengths and weaknesses, to have goals that give meaning to life, to truly believe that your potential capabilities are going to be realized, to have close and valuable relations with others, the ability to effectively manage life issues especially daily issues, and the ability to follow personal principles even when opposed to society. But, the aging process to some extent interferes with the individual’s ability to achieve these goals as a result of a systematic progressive decline in every system in the body, the brain included, producing declines in mental abilities including impairments in memory, attention, and problem solving ability.

Religion and spirituality have been promulgated as solutions to the challenges of life both in a transcendent sense and in a practical sense. What evidence is there that these claims are in fact true? The transcendent claims are untestable with the scientific method. But, the practical claims are amenable to scientific analysis. There have been a number of studies of the influence of religiosity and spirituality on the physical and psychological well-being of practitioners mostly showing positive benefits, with spirituality encouraging personal growth and mental health. Research from this body of work has shown that spirituality and religiosity serve as protective factors against a variety of psychiatric conditions, including depressive disorders, anxiety disorders, suicide, burnout, eating disorders, substance-related disorders and addiction recovery.

Perhaps spirituality counteracts the challenges to well-being produced by aging. In today’s Research News article “Correlates of Spirituality in Older Women.” See summary below or view the full text of the study at: https://www.ncbi.nlm.nih.gov/pmc/articles/PMC3017739/

Vahia and colleagues examine the relationships between religiosity/spirituality and well-being in aging women. They examined measures obtained in 2005 from the “Women’s Health Initiative (WHI), a large NIH-funded multi-center study of the predictors of morbidity and mortality among post-menopausal women.” These included measures of successful aging, religiosity/spirituality, resilience, stressful life events, optimism, attitude toward aging, depression, and physical and mental functioning. They analyzed these measures with bivariate and multivariate regression analyses.

They found that high levels of religiosity/spirituality were directly associated with high levels of morale toward aging, resilience, and optimism and low levels of stressful life events. Applying a multiple regression, however, they found that religiosity/spirituality was only significantly associated with higher resilience, and demographic issues of lower income, lower education, and lower likelihood of being in a committed relationship. Hence, in these postmenopausal women, spirituality appeared to be associated with resilience and negative life circumstances. It should be emphasized, though, the results are correlational and therefore do not demonstrate causal connections.

The association with resilience is particularly interesting. It suggests that aging women who have high levels of spirituality are also highly resilient and are therefore better able to cope with problematic life circumstances. It remains for future research to investigate whether being spiritual promotes resilience, the other way around, or some third factor may be responsible for the covariation.

“Seniors are always somewhere in the grief process. For most, their experience is dominated by losses such as the deaths of loved ones, decreases in physical functioning, and reductions in income. The accumulation of such losses – and the increasing awareness of their own deaths – can lead seniors to an exploration of spiritual issues.” – NAP411

The role of spirituality in the context of mental health and successful aging is not well understood. In a sample of community-dwelling older women enrolled at the San Diego site of the Women’s Health Initiative study, we examined the association between spirituality and a range of variables associated with successful cognitive and emotional aging, including optimism, resilience, depression, and health-related quality of life (HRQoL).

Overall, 40% women reported regular attendance in organized religious practice, and 53% reported engaging in private spiritual practices. Several variables were significantly related to spirituality in bivariate associations; however, using model testing, spirituality was significantly associated only with higher resilience, lower income, lower education, and lower likelihood of being in a marital or committed relationship.

Our findings point to a role for spirituality in promoting resilience to stressors, possibly to a greater degree in persons with lower income and education level. Future longitudinal studies are needed to confirm these associations.

One thought on “Spirituality is Related to Resilience in Older Women”