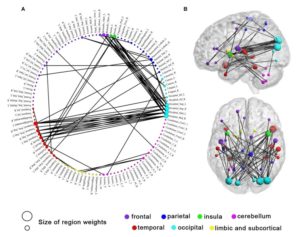 “We can intentionally shape the direction of plasticity changes in our brain. By focusing on wholesome thoughts, for example, and directing our intentions in those ways, we can potentially influence the plasticity of our brains and shape them in ways that can be beneficial. That leads us to the inevitable conclusion that qualities like warm-heartedness and well-being should best be regarded as skills.” – Richie Davidson

There has accumulated a large amount of research demonstrating that meditation has significant benefits for psychological, physical, and spiritual wellbeing. Its positive effects are so widespread that it is difficult to find any other treatment of any kind with such broad beneficial effects. They range from emotion regulation, attention, cognitive performance and happiness to severe mental and physical illnesses. These effects appear to be relatively permanent which suggests that mindfulness meditation produces some relatively permanent change in the brain.

The nervous system is a dynamic entity, constantly changing and adapting to the environment. It will change size, activity, and connectivity in response to experience. For example, the brain area that controls the right index finger has been found to be larger in blind subjects who use braille than in sighted individuals.  Similarly, cab drivers in London who navigate the twisting streets of the city, have a larger hippocampus, which is involved in spatial navigation, than predefined route bus drivers. These changes in the brain are called neuroplasticity. Over the last decade neuroscience has been studying the effects of contemplative practices on the brain and has identified neuroplastic changes in widespread areas. In other words, meditation practice appears to mold and change the brain, producing psychological, physical, and spiritual benefits.

Although the effectiveness of meditation in producing psychological and physical benefits and in producing neuroplastic changes to the brain, the needed dose is not known. In other words, there is a need to investigate the effectiveness of different amounts of meditation practice and exactly what changes they produce in the brain. In today’s Research News article “Brief Mental Training Reorganizes Large-Scale Brain Networks.” See summary below or view the full text of the study at: https://www.ncbi.nlm.nih.gov/pmc/articles/PMC5328965/

They recruited meditation naive male and female undergraduate students and collected functional Magnetic Resonance Imaging (fMRI) scans before and after training and compared resting functional connectivity after training to that observed at baseline. They found 105 different connectivity changes in the brains following mindfulness meditation practice. Functional connectivity was increased between the Occipital Cortex and a wide range of other areas, particularly in the Temporal Cortex, mainly the superior temporal gyrus and its pole, and the insula, and also with the frontal cortex, mainly the frontal operculum.

The study demonstrated that even a brief mindfulness meditation training of only 10 total hours of practice produces widespread changes in the nervous system. This is remarkable that such a small amount of training could produce such profound changes. This testifies to the power of mindfulness training to alter how our physiology processes experience. It is curious that the Occipital Cortex was found to be so involved. Occipital Cortex is involved in visual processing but Integrative Body–Mind Training (IBMT) is practiced with eyes closed. It is possible that the mental imagery was responsible for this involvement. But, it will take more research to understand the nature of the observed changes. Regardless it is clear that major changes in brain connectivity are produced even by brief mindfulness meditation practice.

So, change the brain with brief mindfulness training.

“Now, as the popularity of mindfulness grows, brain imaging techniques are revealing that this ancient practice can profoundly change the way different regions of the brain communicate with each other – and therefore how we think – permanently.” – Tom Ireland

Emerging evidences have shown that one form of mental training—mindfulness meditation, can improve attention, emotion regulation and cognitive performance through changing brain activity and structural connectivity. However, whether and how the short-term mindfulness meditation alters large-scale brain networks are not well understood. Here, we applied a novel data-driven technique, the multivariate pattern analysis (MVPA) to resting-state fMRI (rsfMRI) data to identify changes in brain activity patterns and assess the neural mechanisms induced by a brief mindfulness training—integrative body–mind training (IBMT), which was previously reported in our series of randomized studies. Whole brain rsfMRI was performed on an undergraduate group who received 2 weeks of IBMT with 30 min per session (5 h training in total). Classifiers were trained on measures of functional connectivity in this fMRI data, and they were able to reliably differentiate (with 72% accuracy) patterns of connectivity from before vs. after the IBMT training. After training, an increase in positive functional connections (60 connections) were detected, primarily involving bilateral superior/middle occipital gyrus, bilateral frontale operculum, bilateral superior temporal gyrus, right superior temporal pole, bilateral insula, caudate and cerebellum. These results suggest that brief mental training alters the functional connectivity of large-scale brain networks at rest that may involve a portion of the neural circuitry supporting attention, cognitive and affective processing, awareness and sensory integration and reward processing.