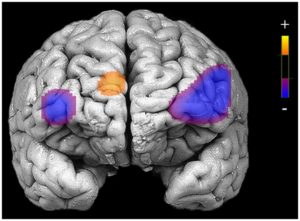 “People who self-injure have often found themselves either the victims of abuse or otherwise powerless and helpless in the midst of terrible circumstances. Self-abuse often provides an escape from overwhelming feelings of isolation, fear, humiliation or fury. Some who self-injure explain that it gives a sense of control in a world where they feel helpless. It can also be a physical sign of emotional pain.” – CHRISTY MATTA

Self-injury is a disturbing phenomenon occurring worldwide, especially in developed countries, such as the U.S. and those in western Europe. Approximately two million cases are reported annually in the U.S. Each year, 1 in 5 females and 1 in 7 males engage in self-injury usually starting in the teen years. Frequently, untreated depression and other mental health challenges create an environment of despair that leads people to cope with these challenges in unhealthy ways. Nearly 50 percent of those who engage in self-injury have been sexually abused. Borderline Personality Disorder (BPD) is a very serious mental illness that is estimated to affect 1.6% of the U.S. population. It involves unstable moods, behavior, and relationships, problems with regulating emotions and thoughts, impulsive and reckless behavior, and unstable relationships. About ¾ of BPD patients engage in self-injurious behaviors.

One of the few treatments that appears to be effective for Borderline Personality Disorder (BPD) is Dialectical Behavior Therapy (DBT). It is targeted at changing the problem behaviors characteristic of BPD including self-injury. Behavior change is accomplished through focusing on changing the thoughts and emotions that precede problem behaviors, as well as by solving the problems faced by individuals that contribute to problematic thoughts, feelings and behaviors. In DPT five core skills are practiced; mindfulness, distress tolerance, emotion regulation, the middle path, and interpersonal effectiveness. DBT reduces self-injurious behaviors in BPD patients. But, not all respond. In order to improve treatment for self-injurious behaviors in BPD is important to identify the factors associated with patients who respond to treatment vs. those who don’t.

or see summary below or view the full text of the study at:

Ruocco and colleagues studied the neural responses of Borderline Personality Disorder (BPD) patients who decrease self-injurious behaviors in response to Dialectical Behavior Therapy (DBT) vs. those who don’t respond. Patients had their brains scanned before and after 7-months of DBT. They found that a wide variety of self-harming behaviors were significantly reduced after the DBT. They also found that those patients who responded well and had large reductions in self-harming demonstrated less activation of the Dorsolateral Prefrontal Cortex before treatment than patients who didn’t respond well to treatment. After treatment the patients who responded to therapy showed greater activation of the Dorsolateral Prefrontal Cortex. These relationships were present even after controlling for depression and mania.

These are interesting and potentially important results. The Dorsolateral Prefrontal Cortex is known to be involved in behavioral regulations. It appears that patients low in this activation, in other words, low in behavioral regulation, benefit the most from treatment which increases this activity and increases self-control. Hence, these results suggest that BPD patients who respond best to treatment are those whose self-injurious behaviors are exacerbated by lack of ability to regulate behaviors. DBT appears to reduce self-harm by improving the patient’s ability to regulate their self-injurious behaviors. These findings also suggest that the best candidates for DBT are those who lack behavioral regulation ability.

“Mindfulness teaches these teens to experience emotion without acting on it, thus building in a delay to self-harming behavior.” – Pat Harvey

Self-harm is a potentially lethal symptom of borderline personality disorder (BPD) that often improves with dialectical behavior therapy (DBT). While DBT is effective for reducing self-harm in many patients with BPD, a small but significant number of patients either does not improve in treatment or ends treatment prematurely. Accordingly, it is crucial to identify factors that may prospectively predict which patients are most likely to benefit from and remain in treatment. In the present preliminary study, 29 actively self-harming patients with BPD completed brain-imaging procedures probing activation of the prefrontal cortex (PFC) during impulse control prior to beginning DBT and after 7 months of treatment. Patients that reduced their frequency of self-harm the most over treatment displayed lower levels of neural activation in the bilateral dorsolateral prefrontal cortex (DLPFC) prior to beginning treatment, and they showed the greatest increases in activity within this region after 7 months of treatment. Prior to starting DBT, treatment non-completers demonstrated greater activation than treatment-completers in the medial PFC and right inferior frontal gyrus. Reductions in self-harm over the treatment period were associated with increases in activity in right DLPFC even after accounting for improvements in depression, mania, and BPD symptom severity. These findings suggest that pre-treatment patterns of activation in the PFC underlying impulse control may be prospectively associated with improvements in self-harm and treatment attrition for patients with BPD treated with DBT.