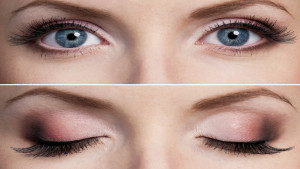 “The emotional effects of sitting quieting and going within are profound. The deep state of rest produced by meditation triggers the brain to release neurotransmitters, including dopamine, serotonin, oxytocin, and endorphins. Each of these naturally occurring brain chemicals has been linked to different aspects of happiness” – Chopra Center

Contemplative practices produce improvements to the practitioners’ ability to think (cognition), their ability to regulate emotions, and to their mental health. They also produce marked changes to the nervous system including the size, activity, and connectivity of structures in the brain. All of these brain structures rely on neurotransmitters for communications between their cells (neurons). These are special molecules that transmit the signals between neurons. Without them, the brain would cease to function.

Dopamine is a neurotransmitter that is distributed throughout the brain and appears to be involved in a wide variety of brain functions. It is classified as a neuromodulator. That is, it alters the overall activity levels of widespread areas of the nervous system. As a result, it is involved in a wide variety of functions including pleasure, motor function, thinking, memory, motivation, arousal, and activation. In other words, its involved in most everything. Dysfunction in the dopamine system has been associated with a number of physical and mental diseases, including Parkinson’s Disease, Schizophrenia, and ADHD.

Dopamine, like most neurotransmitters is difficult to measure as it is released in miniscule quantities and is broken down very quickly. In living humans its activity can be indirectly measured by measuring the rate and pattern of eye blinks. It has been shown that dopamine is particularly involved in the control of the eyelid and blinking, with high blink rates associated with high levels of dopamine and low rates with low levels. In today’s Research News article “Effects of meditation practice on spontaneous eyeblink rate”

Kruis and colleagues take advantage of this association of dopamine with eye blink rates to indirectly measure the effects of meditation on brain dopamine levels. They compared long-term meditators (at least 3-years of experience with meditation naïve participants. The naïve participants were then randomly assigned to an 8-week Mindfulness Based Stress Reduction (MBSR) training, and 8-week health education program, or a no-treatment control group.

They found that long-term meditators had significantly slower blink rates than meditation naïve participants and also they had a different pattern of blinks, with longer periods without eye blinks, interrupted by short periods of frequent blinks. It didn’t matter what type of meditation that they engaged in. The slower rate and different pattern of eye blinks are indicative of lower levels of dopamine in the brains of long-term-meditators. Eight-weeks of MBSR or health education did not change eye blink rates or pattern. This suggests that short-term meditation practice is insufficient to significantly alter dopamine levels.

The results are interesting and suggest that in addition to the known effects of meditation on brain structures it also appears to affect neurochemistry. In particular, the results suggest that meditation can change the overall levels of an important neuromodulator, dopamine. It can be speculated that this effects of long term meditation on a transmitter with widespread activity and function may, at least in part, be responsible for meditations widespread effects on physical and mental health of practitioners. It should be pointed out, however, that 8-weeks of Mindfulness Based Stress Reduction (MBSR) training is sufficient to produce many of the effects of meditation on physical and mental health. Since, Dopamine levels were not affected by 8-weeks of MBSR training the change in dopamine levels are probably not responsible for these effects. It remains for future research to further explore this tantalizing speculation.

So, blink less with long-term meditation.

“if you learn how to properly meditate, and commit to a daily practice, you will alter concentrations of various neurotransmitters, including dopamine.  There is evidence in particular that mindfulness meditation is capable of increasing signaling in areas of the brain involved in emotional regulation and control of attention.” – Mental Health Daily