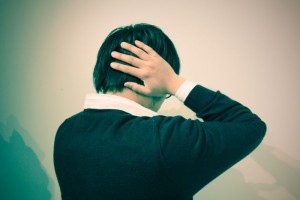 “I lie on the floor, washed by nothing and hanging on. I cry at night. I am afraid of hearing voices, or a voice. I have come to the edge, of the land. I could get pushed over.”  ― Margaret Atwood

Hearing voices (auditory hallucinations) is seen as a prime symptom of psychosis andis considered a first rank symptom of schizophrenia. There are actually three main psychiatric categories of patients that hear voices; schizophrenia, affective psychosis, and dissociative disorders. Neuroimaging has demonstrated that the voices that people hear are experienced as if there were a real person talking to them with the same brain areas becoming active during voice hearing as during listening to actual speech. So, it would appear that voice hearers are actually experiencing voices.

Hearing voices, however, is not always indicative of psychosis. Around 2% – 4% of the population reports hearing voices. But, only about a third of voice hearers are considered psychotic. On the other hand, about two thirds of voice hearers are quite healthy and function well. They cope effectively with the voices they’re hearing, do not receive the diagnosis of psychosis, and do not require psychiatric care.

The differences between psychotics and the healthy people who hear voices, is not in the form but the content of the heard speech. Non-psychotic individuals hear voices both inside and outside their head just like the psychotic patients but either the content is positive or the individual feels positive about the voice or that they are in control of it. By contrast the psychotic patients are frightened of the voices, the voices are more malevolent, and they feel less control over them. So what accounts for the differences? One possibility is mindfulness, being focused non-judgmentally in the present moment.

There is recent information linking auditory hallucinations (hearing voices) with dissociation which can be thought of as a detachment from reality rather than a loss of reality. The types of dissociation that have been found to be associated with hearing voices are dissociative amnesia, absorption, and depersonalization. Dissociative amnesia occurs when the individual blocks out certain information, usually associated with a stressful or traumatic event, leaving him or her unable to remember important personal information. Absorption occurs when an individual becomes absorbed in his or her mental imagery, particularly fantasy. Finally, depersonalization occurs when an individual feels disconnected or detached from their own body and thoughts, sometimes feeling like they are observing themselves from outside the body or like being in a dream.

It makes sense that the voice hearer finds the voices more severe when they feel like they are outside of themselves. Importantly it appears that mindfulness does not affect the severity of the voices heard. Rather it changes how people feel about the voices reducing how distressful they are to the individual. So, mindful people don’t hear the voices differently. They simply suffer less from the voices they hear.

This may help to understand why some voice hearers are psychotic and others relatively healthy as mindfulness reduces the suffering caused by the voices. The voices bring distress if they are seen as a reflection of the past which is often traumatic in voice hearers or if they’re seen as prognosticators of future problems. Being in the present moment allows the voice hearer to simply hear the voice without associating it with past or future problems making it much less distressful. Being in the present moment is also antithetical to being dissociated from it. One can’t be focused in the present and outside of it at the same time. So, mindfulness may to some extent be an antidote to dissociation. Both of these effects suggest that mindfulness may make the difference between a voice hearer staying healthy rather than becoming psychotic.

So, feel better about hearing voices with mindfulness.

“Belief is a meaningless word. What does it mean? I believe something. Okay, now you have someone who is hearing voices and believes in these voices. It doesn’t mean they have any necessary reality. Your whole concept of your “I” is an illusion. You have to give something called an “I” before you speak of what the “I” believes.” – William S. Burroughs
Read more at: http://www.azquotes.com/quotes/topics/hearing-voices.html

2 thoughts on “Feel Better about Hearing Voices with Mindfulness”