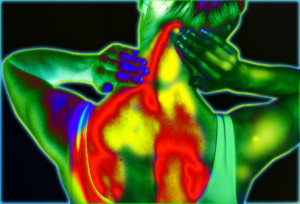 “Fibromyalgia is not a cookie-cutter illness. Each of us is different and unique. There is no cure or control over this, hence each day we must continuously adapt to our disease state.” – Dear Fibromyalgia

Fibromyalgia is a mysterious disorder whose causes are unknown. It is very common affecting over 5 million people in the U.S., about 2% of the population with about 7 times more women affected than men. It is characterized by widespread pain, abnormal pain processing, sleep disturbance, and fatigue that lead to psychological distress. Fibromyalgia may also have morning stiffness, tingling or numbness in hands and feet, headaches, including migraines, irritable bowel syndrome, sleep disturbances, thinking and memory problems, and painful menstrual periods. The symptoms are so severe and debilitating that about half the patients are unable to perform routine daily functions and about a third have to stop work. Although it is not itself fatal, suicide rates are higher in fibromyalgia sufferers.

Many studies have linked fibromyalgia with depression. In fact, people with fibromyalgia are up to three times more likely to be depressed at the time of their diagnosis than someone without fibromyalgia. In addition, the stress from pain and fatigue can cause anxiety and social isolation. As a result, many patients experience intense anger regarding their situation. The emotions are understandable, but can act to amplify the pain. Hence, controlling the emotions may reduce the perceived pain.

Mindfulness practices have been shown to be effective in reducing pain from fibromyalgia (see http://contemplative-studies.org/wp/index.php/2015/10/05/reduce-fibromyalgia-pain-with-mindfulness/). This may occur directly or indirectly by reducing emotions or both. Since mindfulness has been shown to improve emotion regulation, it would seem reasonable that this could be a route of effectiveness. In today’s Research News article “Mindfulness training for reducing anger, anxiety, and depression in fibromyalgia patients”

Amutio and colleagues investigate the effects of a 7-week, 2-hour per week mindfulness practice on the heightened emotions that accompany fibromyalgia. Results were compared to those obtained from a wait-list control group. It was found that the mindfulness training significantly reduced anger, anxiety, and depression at the end of training and these improvements were maintained three months later.

These are exciting results and suggest that mindfulness training is effective for the heightened emotions associated with fibromyalgia. It is unfortunate that Amutio and colleagues did not measure levels of pain. So, it is impossible to ascertain whether the emotional reductions also produced pain reductions. But, even if the mindfulness program only affects emotions, that by itself would be a significant contribution to the patients’ well-being.

Mindfulness has been shown to improve emotion regulation (see http://contemplative-studies.org/wp/index.php/category/research-news/emotions/) which allows the individual to experience the emotions fully but to respond to them in a constructive, productive fashion, thus taking away the amplifying effect of the emotions on pain. Mindfulness training also improves the individual’s ability to focus on the present moment and this has been shown to reduce rumination and catastrophizing (see http://contemplative-studies.org/wp/index.php/2015/08/07/pain-is-a-pain-relieve-it-with-meditation/) which can produce anxiety and depression. These would also amplify the pain. Regardless of the mechanism it is clear the mindfulness training can be beneficial in controlling the emotional sequela of fibromyalgia pain.

So, stop being angry, anxious, and depressed over fibromyalgia with mindfulness.

“Pain is inevitable. Suffering is optional. Say you’re running and you think, ‘Man, this hurts, I can’t take it anymore. The ‘hurt’ part is an unavoidable reality, but whether or not you can stand anymore is up to the runner himself.” ― Haruki Murakami