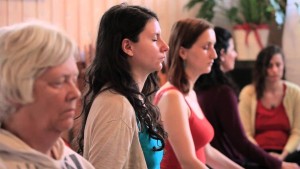 “People seek out retreats for themselves in the country, at the seaside, on the mountains…but nowhere can a person find a retreat more full of peace than one’s own soul.  Make use then of this retirement continually and regenerate thyself.” – Marcus Aurelius

The genes govern cellular processes in our bodies. One of the most fundamental of these processes is cell replication. Our bodies are constantly turning over cells. Dying cells or damaged are replaced by new cells. The cells turn over at different rates but most cells in the body are lost and replaced between every few days to every few months. Needless to say were constantly renewing ourselves.

As we age the tail of the DNA molecule called the telomere shortens. When it gets very short cells have a more and more difficult time reproducing and become more likely to produce defective cells. On a cellular basis this is what produces aging. There is an enzyme in the body called telomerase that helps to prevent shortening of the telomere. So, processes that increase telomerase activity tend to slow the aging process. Contemplative practice has been shown to increase telomerase activity thus helping to prevent cellular aging (see http://contemplative-studies.org/wp/index.php/2015/07/17/aging-healthily-yoga-and-cellular-aging/).

It is thought that this protection of telomeres could protect the body’s cells from aging and deterioration and be the basis for the increased longevity in contemplative practitioners. So, it is important to further investigate the effects of contemplative practices on telomeres and telomerase. In today’s Research News article “Telomere lengthening after three weeks of an intensive insight meditation retreat.”

Conklin and colleagues measured telomere length in individuals participating in an intensive insight meditation retreat both before and after three weeks of retreat. They compared the telomere lengths to a group of individuals with a comparable amount of meditation experience but who were not participating in the retreat. They found that after three weeks of retreat the telomeres had significantly lengthened in the retreat group but not in the controls.

These findings are interesting and potentially important as they suggest that engagement in a meditation retreat can actually lead to improvement in cellular aging. It should be noted that this was not due to the fact that the participants were experienced meditators as the controls were comparably experienced in meditation. The only thing different was participation in the retreat.

This raises the question as to how participation in retreat might be producing a lengthening of telomeres. The authors raise the possibilities that the retreat facilitates “the participant’s cultivation of adaptive mental qualities, which mitigate psychological stress and counter stress-related telomere shortening.” Although this cannot be ruled out as a reasonable explanation, it should be noted that in the retreat the individual is removed from their normal life stresses and this may be the key to the retreat’s effectiveness. It is known that stress decreases telomere length and, if persistent, also reduces longevity. So, the break provided by the retreat may be responsible for lowering stress which in turn lengthens telomeres. It would have been interesting if the researchers had included a three-week vacation group that simply rested without intensive meditation to determine if it were the meditation retreat itself that was effective or simply the rest. Future research will be required to answer this question.

Regardless of the explanation it is clear that participating in a meditation retreat results in a lengthening of a marker of cellular aging, telomeres, and may thereby promote longevity.

So, retreat for longevity.

“In order to understand the world, one has to turn away from it on occasion.” ― Albert Camus

One thought on “Retreat for Longevity”