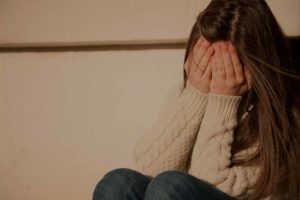 Improve PTSD After Sexual Trauma with Mindfulness Plus Exercise

“Clinical studies have shown that mindfulness-based treatments can be helpful for people suffering from PTSD. The non-judgmental outlook that mindfulness works to cultivate can help folks accept their thoughts, emotions, and experiences, and reduce the avoidance, intrusive thoughts, and numbness symptoms characteristic of PTSD. Mindfulness practices may decrease survivors’ feelings of guilt, shame, and other negative emotions, and increase their positive feelings toward themselves and others.” – Jezmina Von Thiele

Experiencing trauma is quite common. It has been estimated that 60% of men and 50% of women will experience a significant traumatic event during their lifetime. Many, but, only a fraction will develop Post-Traumatic Stress Disorder (PTSD). But this still results in a frightening number of people with 7%-8% of the population developing PTSD at some point in their life. PTSD can be produced by interpersonal violence which includes physical or sexual violence. Sexual violence is all too common with 1 out of every 6 women having experienced attempted or completed rape in their lifetime.

Obviously, these are serious and troubling symptoms that need to be addressed. There are a number of therapies that have been developed to treat PTSD. One of which, mindfulness training has been found to be particularly effective. Exercise also appears to be effective in treating the symptoms of PTSD. So, it would seem reasonable to examine the combination of exercise and mindfulness training in treating PTSD.

In today’s Research News article “MAP Training My Brain™: Meditation Plus Aerobic Exercise Lessens Trauma of Sexual Violence More Than Either Activity Alone.” (See summary below or view the full text of the study at: https://www.ncbi.nlm.nih.gov/pmc/articles/PMC5924799/ ), Shors and colleagues recruited adult college women and randomly assigned them to one of four conditions; meditation, aerobic exercise, meditation plus aerobic exercise, or no treatment. Meditation and aerobic exercise sessions lasted 30 minutes each. There were 2 sessions per week for 6 weeks. They were measured before and after training for thoughts and feelings following trauma, self-worth, rumination, and stressful life memories.

These results suggest that the combination of exercise plus meditation is much more effective in reducing trauma related psychological symptoms than either alone especially in women who had experienced sexual trauma. This suggests that treating both the mind and the body is particularly effective in dealing with the psychological sequela of trauma. It will be interesting in future research to see if this is also true in treating PTSD in men and with physical and combat trauma.

So, improve PTSD after sexual trauma with mindfulness plus exercise.

This and other Contemplative Studies posts are available also available on Google+ https://plus.google.com/106784388191201299496/posts and on Twitter @MindfulResearch

Sexual violence against women often leads to post-traumatic stress disorder (PTSD), a mental illness characterized by intrusive thoughts and memories about the traumatic event (Shors and Millon, 2016). These mental processes are obviously generated by the brain but often felt in the body. MAP Training My Brain™ is a novel clinical intervention that combines mental training of the brain with physical training of the body (Curlik and Shors, 2013; Shors et al., 2014). Each training session begins with 20-min of sitting meditation, followed by 10-min of slow-walking meditation, and ending with 30-min of aerobic exercise at 60–80% of the maximum heart rate (see maptrainmybrain.com). In previous studies, the combination of mental and physical (MAP) training together significantly reduced symptoms of depression and ruminative thoughts, while reducing anxiety (Shors et al., 2014, 2017; Alderman et al., 2016). We also documented positive changes in brain activity during cognitive control and whole-body oxygen consumption in various populations. In the present pilot study, we asked whether the combination of meditation and aerobic exercise during MAP Training would reduce trauma-related thoughts, ruminations, and memories in women and if so, whether the combination would be more effective than either activity alone. To test this hypothesis, interventions were provided to a group of women (n = 105), many of whom had a history of sexual violence (n = 32). Groups were trained with (1) MAP Training, (2) meditation alone, (3) aerobic exercise alone, or (4) not trained. Individuals in training groups completed two sessions a week for at least 6 weeks. MAP Training My Brain™ significantly reduced post-traumatic cognitions and ruminative thoughts in women with a history of sexual violence, whereas meditation alone, and exercise alone did not. MAP Training significantly enhanced a measure of self-worth, whereas meditation and exercise alone did not. Similar positive effects were observed for all participants, although meditation alone was also effective in reducing trauma-related thoughts. Overall, these data indicate the combination of meditation and exercise is synergistic. As a consequence, MAP Training is preferable and especially so for women who have experienced sexual violence in their past. Simply put, the whole is greater than the sum of its parts.