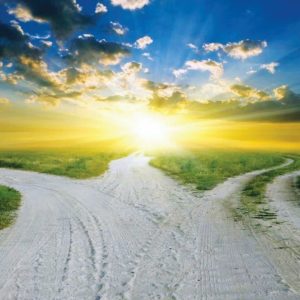 The Middle Way in Mindfulness Practice

“Monks, these two extremes ought not to be practiced by one who has gone forth from the household life. (What are the two?) There is addiction to indulgence of sense-pleasures, which is low, coarse, the way of ordinary people, unworthy, and unprofitable; and there is addiction to self-mortification, which is painful, unworthy, and unprofitable. Avoiding both these extremes, the Tathagata (the Perfect One) has realized the Middle Path; it gives vision, gives knowledge, and leads to calm, to insight, to enlightenment and to Nibbana.”  – Siddhārtha  Gautama

I have a life-long habit of trying too hard. In American culture, that is not considered a fault, but in the contemplative life it often is. The Buddha taught the middle way as the proper approach. He tried the extremes from the excess in the life of a prince to the opposite excess in the life of an ascetic. He found after years of futile effort that neither worked in ending suffering. But, when he rejected both and compromised, exerting effort but not too much, he found success and attained enlightenment. So, he taught his followers the middle way.

The modern sage Thich Nhat Hahn visited the San Francisco Zen Center; a center noted for its rigor. After his visit, he was asked by the leader how the Center could improve. He stated that first he would sleep later, and that they shouldn’t be so grim and dour, and should smile much more. What he was pointing to is the middle way; being less strict and rigorous and practicing with greater joy; keeping the body and spirit at a moderate level that allows for the practice to be relaxed and joyful.

I learned this lesson during this most recent retreat. It was a personal retreat with no one but myself setting the schedule of activities. The first couple of days it was raining hard, so I took the opportunity to meditate frequently and for extended periods; as it turns out too frequently and too long. After two days, I was physically and mentally exhausted. Meditation became painful and unproductive. I decided to take the afternoon and evening of the third day off. I simply rested, maintaining silence, but read a novel. Many teachers would reprimand me from breaking from the focus on silent meditation. But, as it turned out, it worked wonderfully. The next day I was refreshed, the pain was gone and my level of concentration was wonderful.

I scaled back on the frequency and duration of the meditation and rested more often and for longer times. There was no more novel reading or time off. I had learned the middle way as the way to practice in retreat. Previously on a formal retreat with scheduled meditations, I would scoff at participants who would skip a scheduled meditation or a dharma talk and believed that they were wasting a valuable opportunity. Now I see that I was being unfairly judgmental. I now realize that they were being wise, tailoring the retreat to their own level of energy and physical endurance. They were keeping the practice within the middle way.

Psychological research has demonstrated that there is an optimum level of motivation for any task and it is not at the extremes, but in the middle. The research has also demonstrated that what the optimum level is varies from person to person. For some, a low level works best, while for others only very high levels produce optimum results. For most, somewhere in the middle is best. It is up to each of us to find our own optimum level and practice accordingly. I found mine on this personal retreat and once I practiced at this level, the results were good. The Buddha taught to judge an activity, not by its nature, but by the results it produces. Clearly, following my own middle way had positive results for me.

Happiness is more likely to be found on the middle way. Studies of happiness have shown that people with very low incomes are generally unhappy. Surprising, those who are quite rich tend to be generally unhappy. It’s the people in the middle, with sufficient, but not excessive income, are generally the happiest. A surprising fact in this regard is that people who have one large amounts of money in the lottery afterward are much less happy than before. It is clear that the middle way with wealth leads to the greatest happiness.

Athletes have learned the benefits of the middle way. Trying too hard results in poorer performance and often times injury. Not working hard enough, being too lax, similarly leads to poor performance. Exerting the right amount of effort and relaxing, the middle way, leads to excellence in athletic achievement. Every yoga student knows that to improve flexibility muscles and tendons can’t be stretched too hard. The muscles will resist the stretch or could get injured. Similarly, too little stretch produces no benefits. On the other hand, moderate, middle way, stretching produces the best results.

Even something as simple as eating is best practiced on the middle way. We all know that we have to eat. Eating too little is damaging to health and eating too much leads to obesity and disease. During the evolutionary development of humans, the problem was a lack of consistency in the supply of food. Food was plentiful at times, but scarce at others. It was adaptive for humans to overeat during times of plenty in order to store the energy needed to withstand the times of scarcity. In modern times, though, where food can be plentiful at all times, the tendency to overeat doesn’t solve a problem, it creates one, obesity. Here, also, the middle way is best; eating sufficiently for health but not more than is needed. This is promoted by mindful eating. Eat carefully on the middle way.

Driving a car is a clear example of the need for a middle way. Driving too fast can lead to loss of control or inability to stop quickly in an emergency, which can be fatal. On the other hand, driving too slowly can also be dangerous as it can lead to being rear ended, prompt overly aggressive passing by other cars, or major back-ups in traffic. Driving too aggressively van be dangerous, while driving too passively can also be. It is best to be driving the middle way, not meaning down the center of the road, but with moderation with speed and assertiveness.

In our live in general, overly stressing one aspect of life almost always leads to unhappiness. Balance, the middle way, is needed. Many people, particularly Americans, work excessively at their jobs, working long hours and rarely taking vacations. They may have successful careers, but be miserable. On the deathbed, people virtually never wish that they had spent more time or effort on developing their resumes, on working harder or being more successful. Rather, they most often decry the fact that they didn’t spend enough time and energy on family and friends. A palliative care nurse once recorded the top five regrets of the dying. They were

When I was younger and went to a new interesting place, I was determined to see all the sights. I got up early and ran from sight to sight till closing time. By evening, I and any companions were exhausted. I had seen many great things; what the place had to offer. But, upon reflection, I realized that I really didn’t enjoy or truly appreciate any of them. I’ve learned to take the middle way, to slow down, to relax, to see less, but enjoy and learn from it more. Spending the day ticking off as many items as possible from the to-do list is a recipe for unhappiness. Take the middle way in everything you do.

Raising children is best guided by the middle way. Young children must learn boundaries to their behavior in order to function at home and in society. They can’t have everything they want and they can’t do everything they want. If parenting is too lax the child will grow unruly and difficult and will have problems integrating into school and social groups. On the other hand, if parenting is too severe and intrusive the child will be fearful, the child will have a damaged self-concept, creativity will be stifled, and the child will avoid authority. At extreme levels the child may experience abuse and trauma that may haunt them for the rest of their lives. Mindful parenting takes the middle road, maintaining boundaries but doing so with love and understanding, valuing the child, and guiding development with unconditional positive regard. With this middle way, children grow and are socialized while maintaining creativity and a positive self-regard. They grow into psychologically health adults.

So, practice the middle way in mindfulness practice and in life in general, finding the level of effort what works for you. Don’t string yourself too loosely or too tightly, enjoy the symphony of life, and play beautiful spiritual music.

“Your hand opens and closes, opens and closes. If it were always a fist or always stretched open, you would be paralyzed. Your deepest presence is in every small contracting and expanding, the two as beautifully balanced and coordinated as birds’ wings.” ― Jalaluddin Rumi