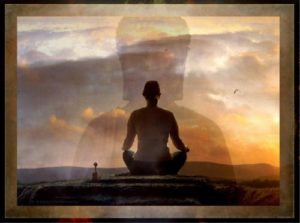 The Variety of Transcendent States During Meditation

“Ancient masters described intense transcendent states that result from meditation. A true awakening, transformation of consciousness, oneness with the ALL. Many esoterics have glimpsed these levels of consciousness, and for a few it became a persistent state – enlightenment.” – Future Thinkers

I published a summary and review of these characteristics in a paper entitles “A Model of Enlightened/Mystical/Awakened Experience. It can be found on Research Gate at https://www.researchgate.net/publication/281807307_A_Model_of_EnlightenedMysticalAwakened_Experience.

Because of their relatively rare, ineffable, and completely subjective characteristics, transcendent experiences have received only a small amount of scientific attention. This, however, flies in the face of their importance to humans of spirituality. They are central to the human search for the nature and meaning of existence. Hence, there is a need for greater scientific attention to transcendent experiences.

In today’s Research News article “A Systematic Review of Transcendent States Across Meditation and Contemplative Traditions.” Wahbeh and colleagues summarize the published peer-reviewed scientific literature on transcendent experiences occurring during meditation. They identified 25 studies involving a total of 672 participants that measured a variety of physiological, psychological, and experiential variables during or after the experience of transcendence during meditation.

They found that “as meditation progresses, a person’s sense of agency, location and boundaries in time and space become weaker and the sense of self dissolves”. This was associated with relaxed wakefulness which included decreased respiration, skin conductivity, and muscle relaxation, increase in the brain’s alpha rhythm power, alpha blocking, and changes in brain area interconnectedness and activity. The meditators report experiencing “a sense of timelessness, spacelessness, unconditional love, peace, profound joy, and loss of boundaries of the self. In Christian contemplative traditions, there is a “transformative presence of God” and religious ecstasy.” The meditators report changes in perception that are reflected in changes in brain activity in the sensory cortices. Phenomenologically these changes are reported to not alter the present sensory environment but transcends it producing a sense on oneness of all things.

The studies reported were very heterogenous with different methodologies, measurements, and focus and with great differences in scientific quality and bias. This is unfortunate, as this is such an important area of study. There is a need for more work under similar conditions with standardized measurements and tighter experimental controls. Rather than considering the published research as definitive, it should be viewed as a first step in the investigation of transcendent experiences during meditation. But, the published studies to date produce a tantalizing glimpse into these states, reflecting an altered interpretation of reality and perhaps insight into the nature of being.

“during transcendent states, we slip into an altered state of consciousness different from our ordinary waking or rational consciousness. “No account of the universe in its totality can be final which leaves these other forms of consciousness quite disregarded.” – William James

Medline, PsycINFO, CINAHL, AltHealthWatch, AMED, and the Institute of Noetic Science Meditation Library were searched for relevant papers in any language. Included studies required adult participants and the collection of outcomes before, during, or after a reported transcendent state associated with meditation. 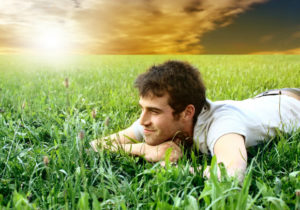 “Ananda is that bliss which is eternal, uncaused and unexcelled. It is the real nature.” – Swami Sivananda

In previous posts we discussed the first two components of the classic phrase from Hinduism, “Sat Chit Ananda”. The phrase means “being, consciousness, bliss” and is a description of a sublimely blissful experience of the boundless, pure consciousness, a glimpse of ultimate reality.

The third component “Ananda” is translated as bliss, but also implies love and happiness. Bliss is often thought of as an ecstatic state of extraordinary joy and exhilarating happiness. But this does not capture the true meaning of “Ananda”. It is much subtler and richer, but devilishly difficult to capture in words. It is probably better to simply conceive of it as the feelings one has when “Sat” and “Chit” are fully realized, when one has fully awakened. Paramhansa Yogananda, described bliss as, “a transcendental state of superior calm including within itself the consciousness of a great expansion and that of ‘all in One and One in all.’”

Bliss is a continuous state of inner joy that is constant and undisturbed by outward gain or loss or by external circumstances whether positive or negative or happy or sad. It is a feeling of oneness and connection with all of creation. Bliss is where happiness, meaning, and truth converge.

Bliss is found in every religion. It is the ultimate state of consciousness that every religion holds as its highest goal and achievement, though each uses different terminology to explain it. Whether we are Christian or Hindu, Jewish or Muslim, Buddhist or atheist, Wiccan or animist, Taoist or Native American, we all strive for bliss.

Bliss arises when the mind becomes quiet and calm naturally and effortlessly. A fully awakened individual does not need to “think good thoughts” to feel good. Feeling good is our natural state when the mind is calm and open. So “Ananda” is as natural and inherent as Pure Being and Consciousness; “Sat” and “Chit”.

We can catch a glimpse of “Ananda” in our everyday unawakened state. When we quiet the mind and simply watch a sunset or a sunrise, Bliss arises naturally. Awakened ones simply experience this regardless of eternal circumstances. But, by simply letting go, and paying attention to what is always present naturally we can experience the state of “Ananda”.

So don’t strive to become blissful. Don’t try to make it happen. It already is happening. Simply practice deeply, quiet and calm the mind, and you will understand the meaning of “Ananda”.