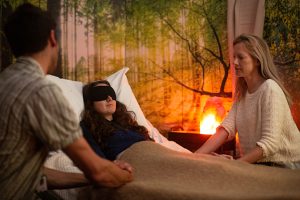 “Awe may be a critically important emotional experience during psychedelic treatment in generating compassion, empathy, and overall well-being” – Eve Ekman

Psychedelic substances such as peyote, mescaline, LSD, Bufotoxin, ayahuasca and psilocybin have been used almost since the beginning of recorded history to alter consciousness and produce spiritually meaningful experiences. People find these experiences extremely pleasant. eye opening, and even transformative. They often report that the experiences changed them forever. Psychedelics have also been found to be clinically useful as they markedly improve mood, increase energy and enthusiasm and greatly improve clinical depression. Even though the effects of psychedelic substances have been experienced and reported on for centuries, only very recently have these effects come under rigorous scientific scrutiny.

In today’s Research News article “Sustained, Multifaceted Improvements in Mental Well-Being Following Psychedelic Experiences in a Prospective Opportunity Sample.” (See summary below or view the full text of the study at: https://www.ncbi.nlm.nih.gov/pmc/articles/PMC8277190/ ) Mans and colleagues recruited adults who were planning on having a psychedelic experience and had them complete a questionnaire before and after the experience and 2 weeks, 4 weeks, and 2 years after measuring well-being, depression, self-esteem, life orientation, emotional stability, meaning in life, acceptance, resilience, mindfulness, social connectedness, gratitude, spiritual transcendence, Spiritual and Religious Attitudes in Dealing with Illness, trust, and compassion and after the experience only Challenging Experience Questionnaire (CEQ), the Mystical Experience Questionnaire (MEQ), and the Emotional Breakthrough.

They found that in comparison to baseline after the psychedelic experiences there were significant improvements in all measures except spirituality that were maintained over follow-up. Factor analysis revealed three clusters of measures labelled as being well, staying well, and spirituality. They found that after the psychedelic experiences there were large significant improvements in being and staying well that were still present 2 years later.

It should be noted that there wasn’t a comparison, control, condition present and that the participants self-selected to engage in psychedelic experiences. Hence, a myriad of confounding alternative explanations for the findings abound, particularly participant expectancy effects (placebo effects). So, great caution must be exercised in drawing conclusions regarding the effects of psychedelic drugs. But placebo effects are generally transitory and don’t last over substantial periods of time and the present improvements lasted for at least 2 years, making it unlikely that confounding variable explanations are viable.

The results of the present study suggest that people who engage in psychedelic experiences have profound improvements in their well-being that are sustained for at least 2 years. The magnitude and duration of the effects may explain why psychedelics have such profound effects on people with mental illnesses producing relief of symptoms and appear to be safe and effective treatments for mental illnesses.

“use of psychedelic substances in a naturalistic setting is associated with experiences of personal transformation, a sense of altered moral values, increased feelings of social connectedness, and a more positive mood.” – Matthias Forstmann

In the last 15 years, psychedelic substances, such as LSD and psilocybin, have regained legitimacy in clinical research. In the general population as well as across various psychiatric populations, mental well-being has been found to significantly improve after a psychedelic experience. Mental well-being has large socioeconomic relevance, but it is a complex, multifaceted construct. In this naturalistic observational study, a comprehensive approach was taken to assessing well-being before and after a taking a psychedelic compound to induce a “psychedelic experience.” Fourteen measures of well-being related constructs were included in order to examine the breadth and specificity of change in well-being. This change was then analysed to examine clusters of measures changing together. Survey data was collected from volunteers that intended to take a psychedelic. Four key time points were analysed: 1 week before and 2 weeks, 4 weeks, and 2 years after the experience (N = 654, N = 315, N = 212, and N = 64, respectively). Change on the included measures was found to cluster into three factors which we labelled: 1) “Being well”, 2) “Staying well,” and 3) “Spirituality.” Repeated Measures Multivariate Analysis of Variance revealed all but the spirituality factor to be improved in the weeks following the psychedelic experience. Additional Mixed model analyses revealed selective increases in Being Well and Staying Well (but not Spirituality) that remained statistically significant up to 2 years post-experience, albeit with high attrition rates. Post-hoc examination suggested that attrition was not due to differential acute experiences or mental-health changes in those who dropped out vs. those who did not. These findings suggest that psychedelics can have a broad, robust and sustained positive impact on mental well-being in those that have a prior intention to use a psychedelic compound. Public policy implications are discussed. 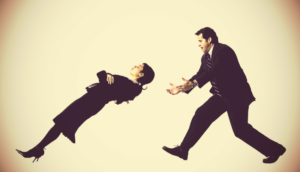 “When deciding in whom to place trust, trust the guilt-prone.” – Emma Levine

Being able to trust other people may be important in developing mindfulness. In today’s Research News article “Does interacting with trustworthy people enhance mindfulness? An experience sampling study of mindfulness in everyday situations.” (See summary below or view the full text of the study at: https://www.ncbi.nlm.nih.gov/pmc/articles/PMC6485709/), Kudesia and Reina examine the relationships of interacting with trustworthy people with mindfulness. They recruited undergraduate students and had them complete measures of mindful attention and mindful metacognition (noticing their thoughts and feelings about experiences).

For 8 days the participants engaged in experience sampling where they received “prompts for experience sampling three times a day (9:30 AM, 2:30 PM, 7:30 PM) over their phone.” They rated their mindfulness and indicated if over the time since the last prompt whether they interacted with someone they deemed a leader or a teammate and if so to describe the interaction, rate the trustworthiness of the leader or teammate, and rate their satisfaction with the interaction. “Common interactions with leaders entailed managers, executives, and recruiters in the workplace, coaches of sports teams, and professors, academic advisors, and residence hall advisors in the university. Common interactions with teammates entailed fellow members of workplace teams, volunteer organizations, sports teams, and class project teams.”

They found that the students cooperated for the most part, responding to 75% of the prompts. They separately analyzed responses on what they called a particularized pathway where the particular interactions reported to the prompts were associated with the mindfulness at that same time. There were no significant relationships between trustworthiness and mindfulness for this pathway for either leaders or teammates. They also analyzed responses on what they called a generalized pathway where the average trustworthiness over all interactions were associated with the average overall mindfulness. This produced significant positive relationships between trustworthiness and mindful attention and mindful metacognition for both interactions with leaders and with teammates.

The results indicate that overall, in general, when mindfulness is high so is the trustworthiness of both leaders and teammates. These are correlative relationships so it cannot be determined causation. Being mindful of experiences may make one feel that the other person is more trustworthy. That is being cognizant of what’s transpiring in the present moment may focus attention on the other person making them seem more trustworthy. Conversely, being with a trustworthy individual may relax the individual so they become more focused on the present moment (mindful). Finding someone else untrustworthy may help to shift thinking to the future consequences of that untrustworthiness or to ruminating about past occurrences that elicited the feelings of untrustworthiness. This would reduce mindfulness.

So, improve mindfulness by interacting with trustworthy people.

“He who does not trust enough will not be trusted.” — Lao Tzu

Mindfulness is known to increase after meditation interventions. But might features of our everyday situations outside of meditation not also influence our mindfulness from moment-to-moment? Drawing from psychological research on interpersonal trust, we suggest that interacting with trustworthy people could influence the expression of mindfulness. And, extending this research on trust, we further suggest that the influence of trustworthy social interactions on mindfulness could proceed through two pathways: a particularized pathway (where specific interactions that are especially high (or low) in trustworthiness have an immediate influence on mindfulness) or a generalized pathway (where the typical level of trustworthiness a person perceives across all their interactions exerts a more stable influence on their mindfulness). To explore these two pathways, study participants (N = 201) repeatedly reported their current levels of mindfulness and their prior interactions with trustworthy leaders and teammates during their everyday situations using an experience sampling protocol (n¯ = 3,605 reports). Results from mixed-effects models provide little support for the particularized pathway: specific interactions with trustworthy leaders and teammates had little immediate association with mindfulness. The generalized pathway, however, was strongly associated with mindfulness—and remained incrementally predictive beyond relevant individual differences and features of situations. In sum, people who typically interact with more trustworthy partners may become more mindful.