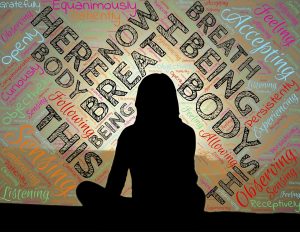 Bipolar disorder, also known as manic depressive disorder, is a mood disorder characterized by alternating states of extreme depression, relative normalcy, and extreme euphoria (mania). The symptoms of depression and mania are so severe that the individual is debilitated and unable to conduct their normal daily lives. The depression is so severe that suicide occurs in about 1% of cases of bipolar disorder. There are great individual differences in bipolar disorder. The extreme mood swings can last for a few days to months and can occur only once or reoccur frequently.

Bipolar disorder affects about 1% of the population throughout the world at any time. But about 3% to 10% of the population may experience it sometime during their lives. It is usually treated with drugs. But these medications are not always effective and can have difficult side effects. This disorder has generally been found to be very difficult to treat with psychotherapy. Hence, there is a great need for alternative treatments.

Mindfulness practices and treatments have been shown to be effective for major mental disorders, including  depression and anxiety disorders and to improve the regulation of emotions.  Mindfulness-Based Cognitive Therapy (MBCT) was specifically developed to treat depression. MBCT involves mindfulness training, containing sitting, walking and body scan meditations, and cognitive therapy that attempts to teach patients to distinguish between thoughts, emotions, physical sensations, and behaviors, and to recognize irrational thinking styles and how they affect behavior. But whether MBCT may produce adverse events that may worsen bipolar disorder has not been well investigated.

In today’s Research News article “Adverse or therapeutic? A mixed-methods study investigating adverse effects of Mindfulness-Based Cognitive Therapy in bipolar disorder.” (See summary below or view the full text of the study at: https://www.ncbi.nlm.nih.gov/pmc/articles/PMC8568103/ ) Hanssen and colleagues recruited patients who were diagnosed with bipolar disorder and provided them with 8 weekly 2.5-hour group sessions of Mindfulness-Based Cognitive Therapy (MBCT) along with home practice. The patients completed weekly self-reports of adverse events; “any meditation related-effects that occurred during the course of MBCT, which patients indicated as having a negative valence or negative impact on daily functioning”. Patients who reported adverse events received structured interviews regarding the events.

They found that 38% of the patients reported at least one adverse event. These included in order of frequency reported self-related doubts, depression, anxiety, agitation, re-experiencing of traumatic affect, derealization, distrust, mania, depersonalization, unusual bodily sensations, and visual hallucinations. Over the course of Mindfulness-Based Cognitive Therapy (MBCT) treatment the number of patients reporting adverse events declined and the number of adverse events per patient declined. There were no serious adverse events leading to hospitalization or permanent damage. More than half of the patients found the adverse events challenging but thought that they were actually a beneficial part of their therapeutic process and the development of mindfulness skills.

This is important research as adverse events during mindfulness training even in normal individuals can produce adverse events. In seriously mentally ill individuals like those with bipolar disorder adverse event are quite common. So, understanding the nature and consequences of these events is important in calculating the risk-reward of engaging in therapy. It appears that even in these seriously mentally ill patients that the adverse events are generally mild and perceived as aiding in the therapeutic process. This suggests that the risks of therapy for these patients are small and the potential rewards great.

So, improve bipolar disorder with few adverse complications with mindfulness.

“medication can help people with bipolar disorder in the short term, and that meditation is helpful in promoting a more balanced mood over a longer period of time.” – Anthony Watt

Mindfulness-Based Interventions (MBIs) are widely used in clinical and non-clinical populations, but little attention has been given to potential adverse effects (AEs).

This study aimed to gain insight in the prevalence and course of AEs during Mindfulness-Based Cognitive Therapy (MBCT) for patients with bipolar disorder (BD).

The current mixed-methods study was conducted as part of a RCT on (cost-) effectiveness of MBCT in 144 patients with BD (Trial registered on 25th of April 2018, ClinicalTrials.gov, NCT03507647). During MBCT, occurrence of AEs was monitored prospectively, systematically, and actively (n = 72). Patients who reported AEs were invited for semi-structured interviews after completing MBCT (n = 29). Interviews were analysed with directed content analysis, using an existing framework by Lindahl et al.

AEs were reported by 29 patients, in seven of whom the experiences could not be attributed to MBCT during the interview. AEs were reported most frequently up to week 3 and declined afterwards. Baseline anxiety appeared to be a risk factor for developing AEs. Seven existing domains of AEs were observed: cognitive, perceptual, affective, somatic, conative, sense of self, and social. Influencing factors were subdivided into predisposing, precipitating, perpetuating, and mitigating factors. With hindsight, more than half of patients considered the reported AEs as therapeutic rather than harmful.

Although the occurrence of AEs in MBCT for patients with BD is not rare, even in this population with severe mental illness they were not serious or had lasting bad effects. In fact, most of them were seen by the patients as being part of a therapeutic process, although some patients only experienced AEs as negative. 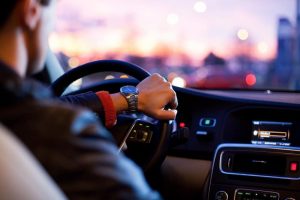