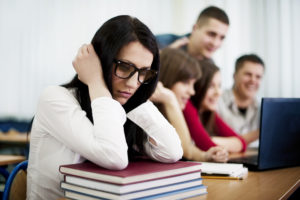 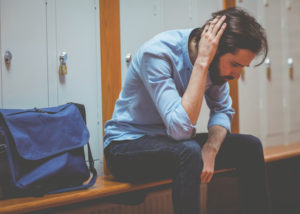 “Simply acknowledging that rejection will hurt, whatever we do, can in itself be a relief. Much of our suffering comes from wishing that our experience was different to how it currently is. But mindfulness helps us to see and accept this moment, however we happen to find it, even if our moment is filled with feelings of unworthiness. The trick is to remember that unworthiness is a transitory feeling, never an absolute truth about us.” – The Mindfulness Project

Being rejected socially is a painful but common experience. Our sensitivity to rejection probably evolved to help maintain group cohesion which was essential during early human evolutionary development. So, it is normal and natural. But, being overly sensitive to rejection can be maladaptive not just to the individual but also to the group as it can accentuate withdrawal. Indeed, high sensitivity to rejection is characteristic of a number of mental illnesses including borderline personality disorder, avoidant personality disorder, depression, and social anxiety.

Mindfulness makes us more aware of ourselves and our emotions and improves our ability to cope with these emotions. As such, it may help with coping with rejection. Indeed, mindfulness has been shown to improve social relationships, including romantic relationships, and reduce our dependence on other people. Mindfulness has also been shown to improve the mental illnesses that are characterized by high levels of rejection sensitivity, including borderline personality disorder, depression, and social anxiety. So, it makes sense to hypothesize that mindfulness may be an antidote to high sensitivity to rejection.

In today’s Research News article “Dispositional mindfulness and rejection sensitivity: The critical role of nonjudgment.” See summary below or view the full text of the study at:

Peters and colleagues examine the relationship of mindfulness to rejection sensitivity. They recruited college students and required them to complete online measures of five different facets of mindfulness, rejection sensitivity, and positive and negative emotions. They then preformed statistical analysis to determine the relationships between these variables.

It needs to be kept in mind that this study was correlational and thereby cannot determine causal connections. It is equally likely that rejection sensitivity interferes with mindfulness as that mindfulness reduces rejection sensitivity. Nevertheless, the results confirm the relationship between high levels of mindfulness, especially nonjudging and low levels of sensitivity to rejection. This relationship may occur by nonjudging protecting the individual from the negative emotions resulting from rejection. Judging experience can make it seem worse than it is and amplify the emotional consequences of the experience. So, by not judging an experience of rejection, the individual may be better able to keep the emotions elicited at a more normal and natural level.

So, reduce sensitivity to rejection with non-judging mindfulness.

“Rejections aren’t the end of the world but sometimes we can react as if they are. Being turned away from one opportunity makes you available for another. Ultimately, I encourage people not to take things so seriously. If that reaction arises, mindfulness practice can help people to back away from it and keep things in perspective.” – Arnie Kozak