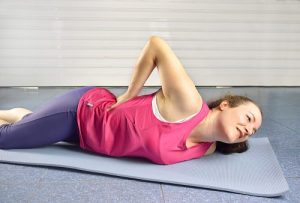 Yoga Injuries are Common but Most Can Be Avoided

“By now, you’ve heard all about the benefits of yoga. But, if you’re not careful, yoga can also cause injury, particularly to your wrists, lower back, shoulders, elbows, knees, hamstrings, and neck.” – Aaptiv

Yoga practice has been shown to have a myriad of benefits for psychological and physical health. It is both an exercise and a mind-body practice that stresses both mental attention to present moment movements, breath control, and flexibility, range of motion, and balance. Yoga, however, can be a challenging physical discipline and injuries are quite common. Indeed, it has been estimated that 20% of yoga practitioners have been injured. It is important to study these injuries to determine their sources in order to reduce their severity and rate of occurrence.

In today’s Research News article “Adverse effects of yoga: a national cross-sectional survey.” (See summary below or view the full text of the study at: https://www.ncbi.nlm.nih.gov/pmc/articles/PMC6664709/), Cramer and colleagues recruited a large sample of German adult yoga practitioners and had them complete a questionnaire on their personal characteristics and the nature of their yoga practice. They were also asked “Have you ever experienced an acute injury or other acute complaint during yoga practice? (Note: here, adverse effects should be listed that occurred suddenly in a specific yoga practice situation).” They were also asked about chronic adverse events. In addition, they were asked to identify the nature of the adverse event and how and when it occurred, how long they had been practicing, had they recovered, and did it occur during a supervised practice.

There were a wide variety of yoga practices represented among the respondents. Adverse events were in fairly infrequent with only 0.6 events per 1000 hours of practice. The injuries were for the most part minor involving strains and sprains, but 2% were considered serious. Power yoga was found to be the practice type producing the most adverse events and Hatha yoga the least.

21% of the practitioners had experienced an acute adverse musculoskeletal event. Almost 30% of the events occurred during hand, shoulder, or head stands, 24% during forward or backward bends, and 12% during sitting positions. 55% of the events occurred during teacher supervised practice, 22% at home repeating what they had learned in class, and 23% at home self-taught. Only 4% of the adverse events had they not recovered from.

Chronic problems occurred in 10% of the practitioners, 91% of which involved chronic back, neck or shoulder pain, tendon shortening or sciatica. They were less likely to occur with Hatha Yoga practice than other types of practice. 52% of the chronic problems were associated with teacher supervised practice, 28% at home repeating what they had learned in class, and 20% at home self-taught. The practitioners had not recovered from only 15 % of the chronic adverse events.

The results are interesting and informative and although there were substantial numbers of adverse events reported they were generally minor and significantly less than the numbers that occur per 1000 hours of practice with other exercises such as running, soccer, tennis, skiing, and weight lifting. Exercise is needed to maintain health but it is not without risks. Yoga practice appears to be less risky than most other exercises. So, it should be considered to be a generally safe exercise, particularly with supervised practice avoiding hand, shoulder, and head stands.

So, yoga injuries are common but most can be avoided.

“Often times people are referred to yoga by their doctors or therapists who may not understand that there are many different styles of yoga asana, and that it isn’t a one-size-fits-all system,” – Coral Brown

While yoga is increasingly used for health purposes, its safety has been questioned. The aim of this cross-sectional survey was to analyze yoga-associated adverse effects and their correlates.

Ashtanga yoga (15.7%), traditional Hatha yoga (14.2%), and Sivananda yoga (22.4%) were the most commonly used yoga styles. 364 (21.4%) yoga users reported 702 acute adverse effects, occurring after a mean of 7.6 ± 8.0 years of yoga practice. The most commonly reported yoga practices that were associated with acute adverse effects were hand-, shoulder- and head stands (29.4%). Using Viniyoga was associated with a decreased risk of acute adverse effects; practicing only by self-study without supervision was associated with higher risk. One hundred seventy-three participants (10.2%) reported 239 chronic adverse effects. The risk of chronic adverse effects was higher in participants with chronic illnesses and those practicing only by self-study without supervision. Most reported adverse effects concerned the musculoskeletal system. 76.9% of acute cases, and 51.6% of chronic cases reached full recovery. On average 0.60 injuries (95% confidence interval = 0.51–0.71) per 1000 h of practice were reported, with Power yoga users reporting the highest rate (1.50 injuries per 1000 h; 95% confidence interval = 0.98–3.15).

One in five adult yoga users reported at least one acute adverse effect in their yoga practice, and one in ten reported at least one chronic adverse effect, mainly musculoskeletal effects. Adverse effects were associated with hand-, shoulder- and head stands; and with yoga self-study without supervision. More than three quarters of of cases reached full recovery. Based on the overall injury rate per 1000 practice hours, yoga appears to be as safe or safer when compared to other exercise types.