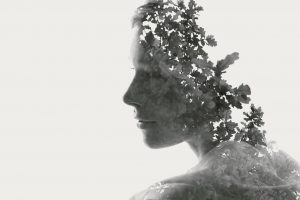 “The most active form of developing critical thinking is through meditation. Meditation makes you exercise control of mind over matter. Your mind becomes an active place for several activities such as: cleansing of mind from rubbish which may lead to wrong actions and decisions; accepting healthy thoughts into the cleansed mind; and letting the good ideas come to work and change the way you think.” – Operation Meditation

We tend to believe that the ability to think critically is a major positive characteristic that should be trained. For intellectual tasks this is probably true. But in the emotional realm, critical thinking might actually be negative and lead to greater emotional distress. Disordered, self-critical, thinking is associated with a variety of mental illnesses. This form of thinking can produce cognitive distortions that consist of dysfunctional reasoning including arbitrary inference, false dichotomy, selective abstraction, and overgeneralization. Mindfulness has been shown to improve thought processes and also the individual’s ability to regulate their emotions. So, mindfulness may counteract the negative emotional consequences of critical thinking.

In today’s Research News article “The Moderating Effect of Mindfulness on the Mediated Relation Between Critical Thinking and Psychological Distress via Cognitive Distortions Among Adolescents.” (See summary below or view the full text of the study at: https://www.ncbi.nlm.nih.gov/pmc/articles/PMC6606771/), Su and Shum recruited high school seniors and had them complete measures of anxiety, depression, cognitive distortions, mindfulness, and critical thinking. They then subjected these measures to regression analysis.

These results are interesting and suggest that having high critical thinking can lead to distorted thinking that can, in turn, lead to greater anxiety, depression, and stress. This faulty thinking may be related to thinking about the self, being overly critical of the self and thereby producing psychological problems. The results also suggest that mindfulness can to some extent blunt this process by making it less likely that distorted thinking will develop and also by directly reducing anxiety, depression, and stress. Hence, mindfulness may allow for critical thinking without producing psychological distress.

So, reduce psychological distress produced by critical thinking with mindfulness.

“The capacity to be mindful is associated with higher well-being in daily life.” – David Creswell

“Mindfulness slows things down so we can be more deliberate in our critical thinking process.” – Lalith Gunaratne

“Critical thinking is the objective analysis and evaluation of an issue in order to form a judgment.”

Currently, there is a major deficit in critical thinking skills being taught in schools.  Only around 5% of U.S. high school seniors demonstrated the ability to not only comprehend text, but also to analyze and evaluate it. This underscores the need to find ways to improve critical thinking.

Mindfulness, the ability to pay attention in the present moment without judgment, affects our thought processes in mostly positive ways. It has been shown to improve the ability to control our thinking, termed executive function and the extremely important ability to think critically (see http://contemplative-studies.org/wp/index.php/category/research-news/cognition/). Because of this, mindfulness training is being applied in schools to help facilitate learning (see http://contemplative-studies.org/wp/index.php/category/research-news/school/).

At least in the current analysis, mindfulness appears to be indirectly and only mildly related to critical thinking through its observing facet. It appears to do so by improving attention which screens out thoughts that are not pertinent to working on the problem. It allows for better focus and therefore better critical thinking.

So, think more critically with mindfulness.

“Mindfulness practice is the kale to my high-stimulus lifestyle, but man cannot live by kale alone. I’m balancing my diet with the whole three course meal. Mindfulness, Mind Yoga and Introspective Intelligence are all practices to have on our plates.” – Jeremy Sherman