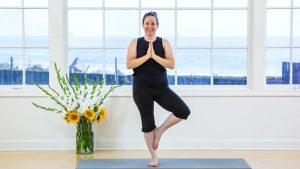 “Good news: You may be able to ease your bladder discomfort and Overactive Bladder Symptoms by tapping into mind-body techniques such as meditation. Slowing your breathing calms your autonomic nervous system, which slows your heart rate and can decrease spasms of the bladder.” – Karen Sebastian

Interstitial cystitis/bladder pain syndrome (IC/PBS) involves recurring discomfort or pain in the bladder and the surrounding pelvic region, including mild discomfort, pressure, tenderness, or intense pain in the bladder and pelvic area and/or an urgent and frequent need to urinate. There are an estimated 3.3 million adult U.S. women, or 2.7 percent, and 1.6 million adult U.S. men, or 1.3 percent who suffer from IC/PBS. The causes of IC/PBS are unknown and the current treatments employed are aimed at relieving symptoms. These include drugs, diet, exercise, bladder training, physical therapy, bladder washing and distension, and even surgery. These treatments have varying effectiveness and may become ineffective over time. So, there is a need to develop other treatments for IC/PBS.

Mindfulness training, including Mindfulness-Based Stress Reduction (MBSR) have been repeatedly shown to be safe and effective treatments for a variety of painful conditions. In today’s Research News article “Mindfulness-based stress reduction as a novel treatment for interstitial cystitis/bladder pain syndrome: a randomized controlled trial” (See:

or see summary below), Kanter and colleagues randomly assigned female patients with interstitial cystitis/bladder pain syndrome (IC/PBS) to either receive treatment as usual or an 8-week Mindfulness-Based Stress Reduction (MBSR) program. MBSR is taught in 2-hour weekly sessions with home practice encouraged. It is a combination of training in body scan, meditation, and yoga. Prior to and after the 8-week treatment period the patients were assessed with measures of Global Response Assessment, symptom assessment, pain, pain coping ability, quality of life, sexual function.

They found that MBSR in comparison to treatment as usual produced significant improvements of 28% with IC/PBS symptoms, including a 22% improvement in total symptoms and a 38% improvement in symptom problems and of 25% with pain coping ability. Hence, MBSR was found to be effective in reducing the symptoms of interstitial cystitis/bladder pain syndrome (IC/PBS) and to improve the patient’s ability to cope with the pain. This may well have occurred because of mindfulness training’s proven ability to reduce the psychological and physiological responses to stress. This would in turn, reduce stress induced symptom exacerbation. MBSR training did not reduce pain per se. Instead, because of the development of focus on the present moment, it improves the ability of patients to cope with the pain, making it less disruptive in their lives. Mindfulness has been shown to reduce catastrophizing, worry and rumination. So, it decreases the patient’s responses that amplify the pain. All in all, MBSR training would appear to be a viable treatment for interstitial cystitis/bladder pain syndrome (IC/PBS).

Because the Mindfulness-Based Stress Reduction (MBSR) program is a complex treatment that includes body scan, meditation, and yoga, it is impossible to assess which components or combination of components were responsible for its’ effectiveness. Future research, perhaps a component analysis design, is needed to determine what parts of the MBSR program are responsible for the effects.

So, improve bladder problems with mindfulness.

“Being mindful is about being in the present, and the conscious choice to experience your life in the present moment. Being mindful may be able to help you associate overactive bladder as just another function of the body.” – Urology Experts

INTRODUCTION AND HYPOTHESIS: Mindfulness-based stress reduction (MBSR) is a standardized meditation program that may be an effective therapy for interstitial cystitis/bladder pain syndrome (IC/BPS), a condition exacerbated by stress. The aims of this study were to explore whether MBSR improved IC/BPS symptoms and the feasibility/acceptability of MSBR among women with IC/BPS.

RESULTS: Eleven women were randomized to UC and 9 to MBSR, without differences in group characteristics. More MBSR participants’ symptoms were improved on the GRA (7 out of 8 [87.5 %] vs 4 out of 11 [36.4 %], p = 0.03). The MBSR group showed greater improvement in the OSPI total (p = 0.0498) and problem scores (p = 0.036); the OSPI symptom score change did not differ. PSEQ scores improved in MBSR compared with UC (p = 0.035). VAS, SF-12, and FSFI change did not differ between groups. Eighty-six percent of MBSR participants felt more empowered to control symptoms, and all participants planned to continue MBSR.

CONCLUSIONS: This trial provides initial evidence that MBSR is a promising adjunctive therapy for IC/BPS. Its benefit may arise from patients’ empowerment and ability to cope with symptoms.