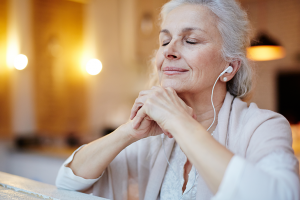 Improve Brain Function in the Elderly with Mindfulness

“Most people think that aging is irreversible and we know that there are mechanisms even in the human machinery that allow for the reversal of aging, through correction of diet, through anti-oxidants, through removal of toxins from the body, through exercise, through yoga and breathing techniques, and through meditation.” – Deepak Chopra

The aging process involves a systematic progressive decline in every system in the body, the brain included. This includes our cognitive (mental) abilities which decline with age including impairments in memory, attention, and problem-solving ability. It is inevitable and cannot be avoided. Research has found that mindfulness practices reduce the deterioration of the brain that occurs with aging restraining the loss of neural tissue. Indeed, the brains of practitioners of meditation and yoga have been found to degenerate less with aging than non-practitioners

In today’s Research News article “Cerebral Blood Flow and Brain Functional Connectivity Changes in Older Adults Participating in a Mindfulness-Based Stress Reduction Program.” (See summary below or view the full text of the study at:  https://www.ncbi.nlm.nih.gov/pmc/articles/PMC8869750/ ) Moss and colleagues recruited adults over the age of 65 years and provided them with an 8-week of once a week 2-hour programs of Mindfulness-Based Stress Reduction (MBSR) along with home practice. MBSR consists of meditation, yoga, and body scan practices along with group discussion. Before and after the program they were measured for anxiety and depression. In addition they underwent cerebral blood flow measurement and connectivity measurement with Magnetic Resonance Imaging (MRI).

These changes in the brains of the elderly are significant as they suggest that mindfulness training reverses, at least in part, the decline in the nervous system that occurs with aging. This is likely to also signal protection of cognitive capacity.

There is a growing interest in the potential beneficial effects of mindfulness meditation training in protecting against age-related physical, emotional, and cognitive decline. The current prospective, single-center, single-arm study investigated if functional magnetic resonance imaging-based changes in cerebral blood flow and brain functional connectivity could be observed in 11 elderly adults (mean age 79) after participation in a Mindfulness-Based Stress Reduction (MBSR) program. The results showed significantly (p < 0.05) altered cerebral blood flow and functional connectivity in the cingulate gyrus, limbic structures, and subregions of the temporal and frontal lobes, similar to findings of other meditation-related studies in younger populations. Furthermore, these changes were also associated with significant improvements in depression symptoms. This study suggests that the MBSR program can potentially modify cerebral blood flow and connectivity in this population.