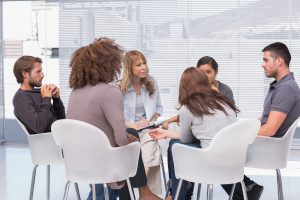 Improve Major Depression in the Real World with Mindfulness

“Depression is not only the most common mental illness, it’s also one of the most tenacious. Up to 80 percent of people who experience a major depressive episode may relapse. Drugs may lose their effectiveness over time, if they work at all. But a growing body of research is pointing to an intervention that appears to help prevent relapse by altering thought patterns without side effects: mindfulness-based cognitive therapy, or MBCT.” – Stacy Lu

Clinically diagnosed depression is the most common mental illness, affecting over 6% of the population. Major depression can be quite debilitating. Depression can be difficult to treat and is usually treated with anti-depressive medication. But, of patients treated initially with drugs, only about a third attained remission of the depression. After repeated and varied treatments including drugs, therapy, exercise etc. only about two thirds of patients attained remission. But drugs often have troubling side effects and can lose effectiveness over time. In addition, many patients who achieve remission have relapses and recurrences of the depression. Even after remission some symptoms of depression may still be present (residual symptoms).

Being depressed and not responding to treatment is a terribly difficult situation. The patients are suffering and nothing appears to work to relieve their intense depression. Suicide becomes a real possibility. So, it is imperative that other treatments be identified that can relieve the suffering. Mindfulness training is an alternative treatment for depression. It has been shown to be an effective treatment for depression and its recurrence and even in the cases where drugs fail. Mindfulness-Based Cognitive Therapy (MBCT) was specifically developed to treat depression. MBCT involves mindfulness training, containing sitting, walking and body scan meditations, and cognitive therapy that attempts to teach patients to distinguish between thoughts, emotions, physical sensations, and behaviors, and to recognize irrational thinking styles and how they affect behavior. MBCT has been found to be effective in treating depression.

Most of the research studies that have examined the effectiveness of Mindfulness-Based Cognitive Therapy (MBCT) for depression were conducted in controlled laboratory settings. But the real world of therapeutic interventions are less consistent and much more complex and messy. This raises the question as to how effective MBCT may be for the treatment of major depression in real world.

In today’s Research News article “The effectiveness of mindfulness-based cognitive therapy for major depressive disorder: evidence from routine outcome monitoring data.” (See summary below or view the full text of the study at: https://www.ncbi.nlm.nih.gov/pmc/articles/PMC7745235/ ) Geurts and colleagues recruited patients with major depressive disorder who had received treatment with Mindfulness-Based Cognitive Therapy (MBCT). Their psychiatric diagnosis was recorded and before and after treatment they completed measures of mindfulness, depression, worry, and self-compassion.

These findings are in line with those in more controlled lab studies of significant improvements in major depressive disorder produced by Mindfulness-Based Cognitive Therapy (MBCT). The importance of the present studies is that they demonstrate that similar improvement occur in real world clinical settings. Finally, they suggest that MBCT may increase mindfulness and self-compassion and decrease worry and these improvements are associated with greater relief of depression.

So, improve major depression in the real world with mindfulness.

“Still, there are a handful of key areas — including depression, chronic pain, and anxiety — in which well-designed, well-run studies have shown benefits for patients engaging in a mindfulness meditation program, with effects similar to other existing treatments.” – Alvin Powell

Meta-analyses show efficacy of mindfulness-based cognitive therapy (MBCT) in terms of relapse prevention and depressive symptom reduction in patients with major depressive disorder (MDD). However, most studies have been conducted in controlled research settings.

We aimed to investigate the effectiveness of MBCT in patients with MDD presenting in real-world clinical practice. Moreover, we assessed whether guideline recommendations for MBCT allocation in regard to recurrence and remission status of MDD hold in clinical practice.

This study assessed a naturalistic cohort of patients with (recurrent) MDD, either current or in remission (n = 765), who received MBCT in a university hospital out-patient clinic in The Netherlands. Outcome measures were self-reported depressive symptoms, worry, mindfulness skills and self-compassion. Predictors were MDD recurrence and remission status, and clinical and sociodemographic variables. Outcome and predictor analyses were conducted with linear regression.