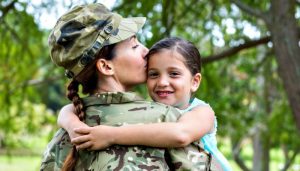 “Being a mindful parent means that you pay attention to what you’re feeling. It does not mean that you will not get angry or upset. Of course you will feel negative emotions, but acting on them mindlessly is what compromises our parenting.” – Jill Cedar

Raising children, parenting, is very rewarding. But it can also be challenging. Children test parents frequently. They test the boundaries of their freedom and the depth of parental love. They demand attention and seem to especially when parental attention is needed elsewhere. They don’t always conform to parental dictates or aspirations for their behavior. The challenges of parenting require that the parents be able to deal with stress, to regulate their own emotions, and to be sensitive and attentive their child. These skills are exactly those that are developed in mindfulness training. It improves the psychological and physiological responses to stress. It improves emotion regulation. It improves the ability to maintain attention and focus in the face of high levels of distraction.

In today’s Research News article “Do Less Mindful Mothers Show Better Parenting via Improvements in Trait Mindfulness Following a Military Parent Training Program?” (See summary below or view the full text of the study at: https://www.ncbi.nlm.nih.gov/pmc/articles/PMC6491856/), Zhang and colleagues recruited military mothers who either themselves or their partner had been deployed. They were randomly assigned to receive services as usual (control condition) or to receive a 14-week program of training in parenting, mindfulness, and emotion coaching of children. They were measured before and 1 and 2 years after the intervention for post-traumatic stress, negative life experiences, mindfulness, coping with children’s negative emotions, parental efficacy, and self-reported and observed parenting skills.

These finding suggest that training in parenting skills and mindfulness can produce long lasting improvements in the mindfulness and parenting skills of military mothers after either they or their partner were deployed. This was especially true for mothers who were low in mindfulness to begin with. The study lacks and active control. But it is unlikely that placebo or experimenter bias effects last for up to 2 years. So, it is likely that the training was responsible for the effects. It would be interesting in future research to investigate the impact of the training on the children’s health, well-being, and behavior.

“With practice, you’ll find yourself calmer most of the time. Your child will be more cooperative, just because you’re different. And when you’re in a more peaceful state, you’ll find that some of the challenges with your child simply begin to melt away.” – Aha Parenting

Parental deployment to war poses risks to children’s healthy adjustment. The After Deployment Adaptive Parenting Tools (ADAPT) program was developed for post-deployed military families to promote children’s well-being through improving effective parenting. ADAPT combines behavior management with emotion socialization skills for parents, using brief mindfulness practices to strengthen emotion regulation. We used a three-wave longitudinal, experimental design to examine whether ADAPT improved parental trait mindfulness (PTM), and whether the effect was moderated by baseline PTM. We also investigated whether improved PTM was associated with behavioral, cognitive, and emotional aspects of parenting such as self-reported parental locus of control (PLOC), self-reported parental emotion socialization (PES), self-reported and observed behavioral parenting skills. We analyzed data from a randomized controlled trial (RCT) of the ADAPT, with a focus on mothers (n = 313) who were either deployed (17.9%) or non-deployed and partnered with a husband who had been recently deployed to Iraq and/or Afghanistan and returned (82.1%). Families identified a 4–13-year-old target child (Mean age = 8.34, SD = 2.48; 54.3% girls) and were randomized into ADAPT (a group-based 14-week program) or a control condition (services as usual). At baseline, 1-year, and 2-year follow-up, PTM, PLOC, PES, and parenting skills were self-reported, whereas home-based family interactions involving parents and the child were video-taped and assessed for observed behavioral parenting skills such as discipline and problem-solving using a theory-based coding system. Results showed that mothers with lower baseline PTM reported higher PTM at 1-year while mothers with higher baseline PTM reported lower PTM at 1-year. PTM at 1-year was associated with improved self-reported parenting skills and supportive PES at 2-year, as well as indirectly associated with improved PLOC and reduced nonsupportive PES at 2-year through PTM at 2-year. No associations between PTM and observed parenting skills were detected. We discuss the implications of these findings for incorporating mindfulness practices into behavioral parenting interventions and for personalized prevention considering parents’ pre-existing levels of trait mindfulness as a predictor of intervention responsivity.