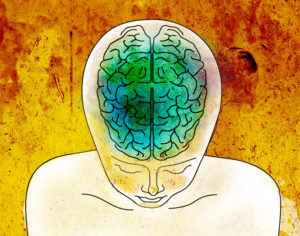 Improve Acceptance with Mindfulness Training or a Psychedelic Drug

“If someone gives you 100 micrograms of acid something is going to happen. Two hours later the significance of your existence will have just been borne down on you like an avalanche. And again this can be terrifying or it can be absolutely sublime depending on various causes and conditions. But the one thing it cannot be is boring. And that is you can’t say that about yoga or meditation or just going into solitude or anything else that – any other, you know, non-pharmacological means of inquiry.” – Big Think

Psychedelic substances such as peyote, mescaline, LSD, ayahuasca and psilocybin  have been used almost since the beginning of recorded history to alter consciousness and produce spiritually meaningful experiences. A substantial number of Brazilian religious groups ingest the natural psychedelic substance ayahuasca on a regular basis for ritual purposes. These groups, like many users of psychedelic substances, employ them to develop spirituality and self-transcendence.

Psychedelics produce effects that are similar to those that are reported in spiritual awakenings. They report a loss of the personal self, a decentering. They experience what they used to refer to as the self as just a part of an integrated whole. They report feeling interconnected with everything else in a sense of oneness with all things. They experience a feeling of timelessness where time seems to stop and everything is taking place in a single present moment. They experience ineffability, being unable to express in words what they are experiencing and as a result sometimes producing paradoxical statements. And they experience a positive mood, with renewed energy and enthusiasm.

It is easy to see why people find these experiences so pleasant and eye opening. They often report that the experiences changed them forever. Even though the effects of psychedelic substances have been experienced and reported on for centuries, only very recently have these effects come under rigorous scientific scrutiny.  In today’s Research News article “Four Weekly Ayahuasca Sessions Lead to Increases in “Acceptance” Capacities: A Comparison Study With a Standard 8-Week Mindfulness Training Program.” (See summary below or view the full text of the study at: https://www.ncbi.nlm.nih.gov/pmc/articles/PMC5869920/ ), Soler and colleagues compare the ability of the psychedelic drug ayahuasca and mindfulness training to change the mindfulness of volunteers.

They formed two matched groups from the volunteers, based upon levels of decentering. One group were provided a Mindfulness-Based Stress Reduction (MBSR) program. The MBSR program was presented for 2.5 hours, once a week, for 8 weeks with 30-minute daily home practice. It consisted of discussion and meditation, body scan, and yoga practices. The second group of volunteers received 4 weekly 6-8-hour ayahuasca sessions. They were measured before and after treatment for decentering and mindfulness, including the mindfulness facets of observing, describing, non-reacting, non-judging, and acting with awareness.

It is very interesting and perhaps puzzling that ayahuasca treatment did not increase decentering. Decentering changes the nature of experience by having the individual step outside of experiences and observe them from a distanced perspective and be aware of their impermanent nature. This is exactly the type of perspective that is promoted by experiences with psychedelic drugs. The fact that it was not increased with the ayahuasca treatments calls into question the effectiveness of the treatments and dosing used in the current study.

Nevertheless the ayahuasca treatments did produce increases in acceptance. This suggests that some of the therapeutic benefits of ayahuasca treatments may be due to changes in mindfulness which, in turn, produce physical and psychological benefits. It will remain for future research to continue to explore the means by which such psychedelic treatments alter the psychological landscape of the individual. It is clear, though, in the current study that Mindfulness-Based Stress Reduction (MBSR) is a potent facilitator of all facets of mindfulness and decentering.

So, improve acceptance with mindfulness training or a psychedelic drug.

“Meditating can be hard, lonely work, but if recent research is to be believed there may be a quick-and-dirty shortcut to enlightenment: psychedelic drugs. According to an exploratory study, drinking the hallucinogenic brew ayahuasca can bring about improvements in mindfulness that would take years of dedicated meditation to achieve. The research found that ayahuasca raised mindfulness abilities to levels equal to or even greater than those of people who have been practising meditation for around seven years.” – Plastic Brain

Background: The therapeutic effects of the Amazonian plant tea ayahuasca may relate to its ability to enhance mindfulness capacities. Ayahuasca induces a modified state of awareness through the combined action of its active principles: the psychedelic N,N-dimethyltryptamine (DMT) and a series of centrally acting β-carbolines, mainly harmine and tetrahydroharmine. To better understand the therapeutic potential of ayahuasca, here we compared the impact on mindfulness capacities induced by two independent interventions: (a) participation in four ayahuasca sessions without any specific purpose related to improving mindfulness capacities; and (b) participation in a standard mindfulness training course: 8 weeks mindfulness-based stress reduction (MBSR), with the specific goal of improving these skills.

Methods: Participants of two independent groups completed two self-report instruments: The Five Facet Mindfulness Questionnaire (FFMQ) and the Experiences Questionnaire (EQ). The MINDSENS Composite Index was also calculated, including those EQ and FFMQ items that have proven to be the most sensitive to meditation practice. Group A (n = 10) was assessed before and after the last of four closely spaced consecutive ayahuasca sessions. Group B (n = 10) was assessed before and after completion of a standard 8-week MBSR course.

Results: MBSR training led to greater increases in overall mindfulness scores after the 8-week period. MBSR but not ayahuasca led to increases in the MINDSENS Composite Index. However, the ayahuasca sessions induced comparable increases in the Non-Judging subscale of the FFMQ, specifically measuring “acceptance.” Improving this capacity allows for a more detached and less judgmental stance toward potentially distressing thoughts and emotions.

Results: The present findings suggest that a small number of ayahuasca sessions can be as effective at improving acceptance as more lengthy and costly interventions. Future studies should address the benefits of combining ayahuasca administration with mindfulness-based interventions. This will allow us to investigate if ayahuasca will improve the outcome of psychotherapeutic interventions.