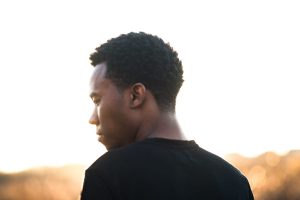 “spiritual or religious beliefs and practices create a positive mental attitude that may help a patient feel better and improve the well-being of family caregivers. Spiritual and religious well-being may help improve health and quality of life.” – National Cancer Institute

Surviving cancer has a huge impact on most people. Feelings of depression, anxiety, and fear are very common and are normal responses to this life-changing experience. These feeling can result from changes in body image, changes to family and work roles, feelings of grief at these losses, and physical symptoms such as pain, nausea, or fatigue. People might also fear death, suffering, pain, or all the unknown things that lie ahead. So, coping with the emotions and stress of a surviving cancer is a challenge and there are no simple treatments for these psychological sequelae of cancer.

Religion and spirituality become much more important to people when they survive cancer. It is thought that people take comfort in the spiritual when facing mortality. Hence, spirituality may be useful for the survivors of cancer to cope with their illness and the psychological difficulties resulting from the disease. Thus, there is a need to study the relationships of spirituality on the long-term psychological health of cancer survivors.

In today’s Research News article “The Influence of Daily Spiritual Experiences and Gender on Subjective Well-Being Over Time in Cancer Survivors.” (See summary below or view the full text of the study at: https://www.ncbi.nlm.nih.gov/pmc/articles/PMC7500286/ ) Rudaz and colleagues garnered data from the longitudinal Midlife in the United States (MIDUS) study

of adults that was collected in 2005 and again in 2015. They selected participants who reported having survived cancer and extracted data on spiritual and religious coping, daily spiritual experiences, life satisfaction, positive emotions, and negative emotions.

So, spirituality is associated with the long-term psychological health of cancer survivors.