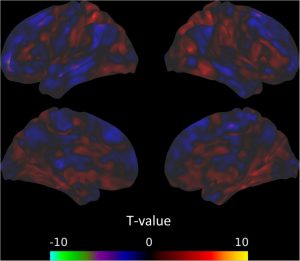 Improve Tinnitus by Changing the Brain with Mindfulness

“The mindfulness approach is radically different from what most tinnitus sufferers have tried before, and it may not be right for everyone. We are confident, however, that the growing research base has demonstrated how it can offer an exciting new treatment to people who may have found that traditional treatment has not been able to help them yet.” – Liz Marks

Tinnitus is one of the most common symptoms to affect humanity. People with tinnitus live with a phantom noise that can range from a low hiss or ringing to a loud roar or squeal which can be present constantly or intermittently. It can have a significant impact on people’s ability to hear, concentrate, or even participate in everyday activities. Approximately 25 million to 50 million people in the United States experience it to some degree. Approximately 16 million people seek medical attention for their tinnitus, and for up to two million patients, debilitating tinnitus interferes with their daily lives.

There are a number of treatments for tinnitus including, counseling, sound therapy, drugs, and even brain stimulation. Unfortunately, none of these treatments is very effective. Mindfulness practices have been shown to be effective in treating Tinnitus. The nervous system is a dynamic entity, constantly changing and adapting to the environment. It will change size, activity, and connectivity in response to experience. These changes in the brain are called neuroplasticity. It is unknown how mindfulness practices may change the brain to improve tinnitus.

In today’s Research News article “Functional Brain Changes During Mindfulness-Based Cognitive Therapy Associated With Tinnitus Severity.” (See summary below or view the full text of the study at: https://www.ncbi.nlm.nih.gov/pmc/articles/PMC6667657/), Zimmerman and colleagues recruited adult participants in an 8-week Mindfulness-Based Cognitive Therapy (MBCT) program consisting of 2-hour weekly sessions and 40-60 minutes daily home practice. The MBCT program consists of mindfulness training and Cognitive Behavioral Therapy (CBT). During therapy the patient is trained to investigate and alter aberrant thought patterns underlying their reactions to tinnitus symptoms. The participants brains were scanned before and after the MBCT program, and at follow-up 8 weeks later with functional Magnetic resonance Imaging (fMRI) and were measured for tinnitus, anxiety, depression, and mindfulness.

The study demonstrated that the Mindfulness-Based Cognitive Therapy (MBCT) program reduces the symptoms of tinnitus in a lasting way. The brain scan results suggest that alterations of the functional connectivity of brain areas may underlie the symptom improvements. It will require considerably more research to determine the exact nature of the changes and their relationship to tinnitus. But the study is a good first start.

So, improve tinnitus by changing the brain with mindfulness.

“Mindfulness is a special kind of awareness: it . . . frees you to be more present in your immediate experience, so that you can wake up to the wonder of the one life you are given. Others have found that cultivating this practice has helped reduce the negative impact of tinnitus on their lives. The more open you can be to whatever you are experiencing at any moment, the more awake, alive, happy, and balanced you can be.” – Jennifer Gans

Mindfulness-based therapies have been introduced as a treatment option to reduce the psychological severity of tinnitus, a currently incurable chronic condition. This pilot study of twelve subjects with chronic tinnitus investigates the relationship between measures of both task-based and resting state functional magnetic resonance imaging (fMRI) and measures of tinnitus severity, assessed with the Tinnitus Functional Index (TFI). MRI was measured at three time points: before, after, and at follow-up of an 8-week long mindfulness-based cognitive therapy intervention. During the task-based fMRI with affective sounds, no significant changes were observed between sessions, nor was the activation to emotionally salient compared to neutral stimuli significantly predictive of TFI. Significant results were found using resting state fMRI. There were significant decreases in functional connectivity among the default mode network, cingulo-opercular network, and amygdala across the intervention, but no differences were seen in connectivity with seeds in the dorsal attention network (DAN) or fronto-parietal network and the rest of the brain. Further, only resting state connectivity between the brain and the amygdala, DAN, and fronto-parietal network significantly predicted TFI. These results point to a mostly differentiated landscape of functional brain measures related to tinnitus severity on one hand and mindfulness-based therapy on the other. However, overlapping results of decreased amygdala connectivity with parietal areas and the negative correlation between amygdala-parietal connectivity and TFI is suggestive of a brain imaging marker of successful treatment.