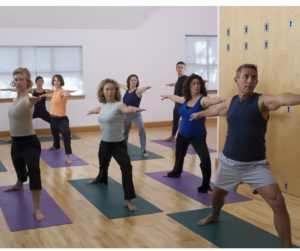 “Some people who haven’t responded to traditional treatments might do well with yoga, because unlike antidepressant drugs, yoga and deep breathing target the autonomic nervous system.” – Amanda MacMillan

Being depressed and not responding to treatment or relapsing is a terribly difficult situation. The patients are suffering and nothing appears to work to relieve their intense depression. Suicide becomes a real possibility. So, it is imperative that other treatments be identified that can relieve the suffering. Mindfulness training is an alternative treatment for depression. It has been shown to be an effective treatment for depression and its recurrence and even in the cases where drugs fail.  Yoga practice is a mindfulness training and has the added benefit of being an exercise which has been also found to be effective for depression.

Recently, it has been discovered that there are genetic differences between patients with major depression who respond to antidepressant drugs and those who don’t. In particular non-responders appear to have a 5-HTTLPR variant of the serotonin transporter gene (SLC6A4) and MTHFR 677C>T polymorphisms. The serotonin system in the brain is a target of antidepressant drugs and these genetic variants may underlie non-responsiveness to the drugs. Since, yoga practice appears to be effective for depression in patients who do not respond to antidepressant drugs, it is likely that yoga practice works in spite of these genetic variants.

In today’s Research News article “5-HTTLPR and MTHFR 677C>T polymorphisms and response to yoga-based lifestyle intervention in major depressive disorder: A randomized active-controlled trial.” (See summary below or view the full text of the study at: https://www.ncbi.nlm.nih.gov/pmc/articles/PMC6278208/ ), Tolahunase and colleagues recruited patients with major depressive disorder and randomly assigned them to receive either a 12-week yoga program or to receive antidepressant drugs (SSRIs). Yoga was practiced for 2 hours per day, 5 days per week, for 12 weeks and consisted of postures, breathing exercises, and meditation. They were measured before and after treatment for depression, other psychiatric conditions, and childhood trauma. Blood was drawn for DNA genotyping.

“many patients dealing with depression, anxiety, or stress, yoga may be a very appealing way to better manage symptoms. Indeed, the scientific study of yoga demonstrates that mental and physical health are not just closely allied, but are essentially equivalent. The evidence is growing that yoga practice is a relatively low-risk, high-yield approach to improving overall health.” – Harvard Mental Health Newsletter

There is growing evidence suggesting that both genetic and environmental factors modulate treatment outcome in, a highly heterogeneous, major depressive disorder (MDD). 5-HTTLPR variant of the serotonin transporter gene (SLC6A4) and MTHFR 677C>T polymorphisms have been linked to the pathogenesis of MDD, and antidepressant treatment response. The evidence is lacking on the clinical utility of yoga in patients with MDD who have 5-HTTLPR and MTHFR 677C>T polymorphisms and less likely to respond to medications (SSRIs).

We aimed to examine the impact of YBLI in those who have susceptible 5-HTTLPR and MTHFR 677C>T polymorphisms and are less likely to drug therapy with SSRIs.

An intent-to-treat analysis was performed, and the association of genotype with treatment remission consisted of the logistic regression model. A P value of <0.05 was considered statistically significant.

YBLI provides MDD remission in those who have susceptible 5-HTTLPR and MTHFR 677C>T polymorphisms and are resistant to SSRIs treatment. YBLI may be therapeutic for MDD independent of heterogeneity in its etiopathogenesis.